By Amanda Jezek, March of Dimes

If you are pregnant, it is highly unlikely that you would be able to get maternity coverage in the individual insurance market. An investigation conducted by the House Committee on Energy and Commerce confirmed that major insurers 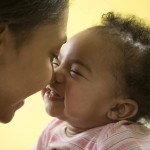 consider pregnancy to be a pre-existing condition that would result in an automatic denial of coverage, and that insurers typically exclude maternity coverage from the plans they offer individuals who are not pregnant. The memorandum issued regarding this investigation, entitled Maternity Coverage in the Individual Health Insurance Market, highlights one of the many reasons that the Patient Protection and Affordable Care Act is necessary to help all Americans access meaningful health coverage.

Even when maternity coverage is offered, it is typically only available as a costly rider and only to women who are not pregnant. Riders tend to offer limited benefits with high deductibles. The Committee investigation found that after paying maternity rider premiums to one health insurance company for four years, an insured woman will receive no more than $6,000 from the company even if her pregnancy and related medical claims cost much more. This inadequate coverage would leave many women and their families with significant out-of-pocket expenses.

The March of Dimes has long been concerned with the lack of available maternity coverage in the individual market, and in 2006, commissioned a study from Georgetown University's Health Policy Institute on this issue which yielded similar findings. In addition, March of Dimes volunteers have shared their own stories about the difficulty in obtaining maternity coverage.

Consider a March of Dimes family in Virginia who took out private insurance because their COBRA coverage from a previous job was about to end. They took the precautionary step of adding a maternity rider, which had a six-month waiting period before covering pregnancies. They didn't think there would be any issue as they used fertility treatments to conceive their first child. Despite being told by doctors that they had only a five percent chance of getting pregnant naturally, four months into the six-month waiting period, they discovered they were expecting. At that point, no other insurance company would pick-up the coverage as pregnancy is considered a pre-existing condition. Pregnancy-related care cost the family $20,000 out-of-pocket.

Because of the Patient Protection and Affordable Care Act, insurers will be required to discontinue many of these practices and provide improved access to maternity coverage. Beginning in 2014, insurers will no longer be able to deny coverage to anyone based upon a pre-existing condition such as pregnancy. In addition, the essential benefits package, which all plans will be required to cover beginning in 2014, includes maternity care. This means that maternity coverage will be part of standard health insurance, no longer segregated as a costly rider or excluded altogether.

Advocates will still need to continue working closely with federal and state governments to ensure strong implementation of these provisions across the country. But it is clear that health reform represents a tremendous step forward in the effort to ensure that all women of childbearing age have access to maternity coverage. If the Energy and Commerce Committee re-examines this issue again after 2014--and we hope they do--results will likely find many more pregnant women who are able to obtain the maternity coverage they need to give their children a healthy start.