Immunizing our Viejitos for Democracy! 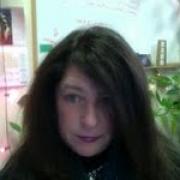 While traditional political campaigns were out knocking on doors this autumn to get out the vote, health care providers in one of America’s poorest (and most remote rural, Hispanic, Native American) counties tried a novel approach to civic participation: we vaccinated thousands of our elders for democracy.

Rio Arriba County covers a geographic area the size of Massachusetts, but claims only 41,000 residents: approximately seven people per square mile.  Ten to twelve thousand foot peaks make roads impassible in inclement weather. Many of Rio Arriba’s elders are retired subsistence farmers and ranchers, grazing a handful of sheep or cattle to feed their families.

Seventy percent of Rio Arribans are pre-Mexican-American-War Hispanics, tracing their lineage back to Juan de Oñate. Eighteen percent are Native American, living on one of three reservations. Twelve percent are Anglo. And it’s not remarkably unusual for the road to El Norte to be blocked off while Sr. Martinez rounds up his errant goats.

Many in Rio Arriba live below the poverty line. In 2010, local health officials were informed that we had the worst record of immunization for senior citizens in all of New Mexico. Only eight  senior citizens were registered as immunized in NMSIS, the state database.

The Rio Arriba County Department of Health and Human Services decided to act.

In August, we realized that the soon to be implemented Patient Protection and Affordable Care Act (PPACA) would incentivize hospitals to focus on preventive care in a number of important ways: 1) our hospital would not qualify for $1.8 million in federal Medicare-based subsidies to rural hospitals until it captured 75% of the local Medicare market share; and 2) after 2014, all hospitals will be penalized for high readmission rates but rewarded for keeping people healthy.

The county approached the hospital with a novel proposition. If, instead of putting budget into billboards, Española Presbyterian Hospital would send staff nurses to immunization fairs at Rio Arriba’s nine senior centers, County officials would conduct an intensive education campaign letting residents (and especially seniors) know about Española Hospital’s excellent safety and health outcomes, which exceed neighboring hospitals, even in wealthy Los Alamos and Santa Fe.

Senior citizens flocked to the fairs. Rio Arriba County and our partners administered over 2,000 vaccines, increasing senior vaccination rates by an incredible 28,000%.  Rio Arriba moved in a few weeks, from last among the 33 New Mexico Counties to either second or first.

While the fairs were in progress, Rio Arriba conducted a promotional campaign, hitting all the radio stations and newspapers in our area. We even got statewide coverage through KUNM, our public radio station. Of course we let everyone know that out of 7 New Mexico hospitals receiving Leapfrog Safety grades, only Española got an A! And we also surpass neighboring hospitals for federal quality measurements regarding use of the right drug at the right time after surgery, getting good information from nurses and doctors, etc.

The campaign improved our civic health as well as our immunization rate. In November, along with voting for President, Senator and Congressman, Rio Arribans went to the polls to vote for a hospital Mill Levy.  While voter participation decreased from 2008 in every other New Mexico county save one, it increased dramatically in Rio Arriba, jumping from the statewide average of 62%, to a remarkable 76%. Approximately 15,000 individuals voted for President, and 14,000 for Senate. A series of mid-ballot bond issues garnered 11,000 votes apiece. And about 13,500 voters weighed in on the hospital mill levy, dead last on the ballot.

While I could not find numbers, I recall the last mill levy vote in 2004 as having attracted about 4,000 voters.

Rio Arriba is a dark blue county, so this turned out to be good news for the President. Ironically, the Rio Arriba strategy is the opposite of its Rovian counterpart: we put a tax on the ballot to attract people who support health care to the polls. And we got their attention, not through scary ads, but by being useful.