Immigration Is a Women’s Issue 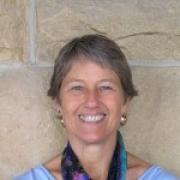 Kit Miller
Share This
Add your voice to the comments

This article originally appeared in Madison.com and was made possible by the American Forum, a nonprofit, nonpartisan, educational organization.

As Washington lawmakers throw themselves into comprehensive immigration reform, I say, “Remember the women.”

Women constitute more than half of our country’s undocumented immigrant population. They have a huge stake in the new immigration overhaul now being crafted by eight men in the Senate.

Undocumented mothers, especially, are making history by advocating for comprehensive immigration reform. I saw them at the Capitol last week, testifying before Congress. They spoke of husbands serving in the military and children hoping to attend college. Maybe they were afraid, but they conquered their fear and testified.

Most immigrant women are law-abiding. Their only illegal act was entering the United States without a visa. They are grateful to be here and believe in giving back. They respect authority. They’re active in their schools and churches, and are role models of civic engagement.

I know this because many immigrant women have come through my English as a Second Language class. I’ve taught them, been in their homes, gotten to know their families. They are honest and generous to a fault, pay their share, always offer food, take in family, and make sure their kids are fed and clean and going to school. They also pay taxes: sales taxes, housing taxes, employment taxes. It’s estimated that when undocumented residents become citizens, it will add $1.5 trillion to America’s economy over a decade.

The overwhelming majority of undocumented women are mothers — high-value, low-risk members of our society. And, as workers, wives and pillars of their communities, they have particular needs from any immigration reform bill.

Women need to keep their families together. There are about 5.5 million children in the United States with at least one undocumented parent; 73 percent of these children are citizens. Yet more than 200,000 parents of U.S. citizens were deported in the past two years. Children not born here risk deportation, too. For immigrant women, maintaining family unity is their highest priority.

Women deserve a rapid path to residency and citizenship. Rapid means three to eight years, not 10, as the Senate is proposing. Most undocumented women already have been here at least 10 years — paying taxes, raising children and working. They need to be sanctioned quickly so they can work, study and participate fully in American society, just as their children are striving to do.

Women need flexible ways to document their residency in the U.S. Many women have sporadic work histories, are paid under the table and have no consistent proof of employment. Many stay home, caring for young children. These factors need to be considered in legislation dealing with proof of residency.

Women need their families acknowledged, regardless of marital status. Many undocumented women are not formally married to their partners. Immigration reform must include both unmarried and same-sex partners who face special persecution in their home countries.

Women need the freedom and safety to come out of the shadows. Because they fear deportation and separation, undocumented mothers remain in the margins of American society. They do not report domestic violence, rapes, work exploitation or other crimes against them. Without documents, they cannot realize their full potential to work as professionals. They’re discouraged from furthering their education.

Freedom from fear includes freedom from the threat of detention and deportation, which is ripping apart families in every state. Detention of low-risk families should be frozen and reviewed.

America can only benefit by helping undocumented mothers gain rapid citizenship. They are the glue of their families and communities. They volunteer in their children’s classrooms, attend PTA meetings, raise money for schools, and help their kids with homework. They study English. They work.

One of my best students works the graveyard shift at a fast food place, then comes home, gets her kids off to school, and attends my three-hour English class. Sometimes her eyes droop, yes, but she is motivated by her children. Her top English goal, she said, is to be able to talk with her child’s teacher and help with homework.

Some say undocumented women should go to “the end of the line,” behind those who’ve applied legally. This policy would affect poor women and children disproportionately, and punish women who risked life and limb to enter the U.S. These mothers were too poor to apply for visas, and knew they could never get a legal visa precisely because they are poor.

Residency and citizenship for undocumented mothers will restore and strengthen families. Most of the immigrant women I know have not seen the Statue of Liberty. But each day they show how much they value her. Now is their time.