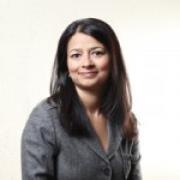 Sayu Bhojwani
Share This
Add your voice to the comments

Within the current debate on immigration reform, an organized movement of women’s voices has emerged to uplift the significance of women to our economy, democracy and communities. As an immigrant woman, whose personal and professional experiences are deeply informed by immigration, I believe citizenship and civic engagement are twin pillars of a strong democracy. My story, like those of many other immigrant women, demonstrates a determination to achieve legal status, a willingness to overcome obstacles, and a deep enthusiasm for my new nationality.

I am the daughter of immigrants, the wife of an immigrant, and the mother of an immigrant. From the time I was born, I learned to navigate new places, continuing to adapt to a different country first as an adolescent, then as an adult.  My migrant life began in India, took me to Nepal at the age of 3, and then to Belize in Central America shortly after. But in 1984, I began a new migrant journey, to the United States as a college student.  For the nearly 30 years since, I have lived mostly here, with a short stint in London, where I gave birth to my daughter. Together with my daughter and husband, I live in New York City, where 36% of the residents are immigrants like us.

Since I became a citizen in 2000, I have encouraged my husband, my mother, my in-laws and numerous others to apply for citizenship, register to vote, and to vote on Election Day.  I took my two-year old daughter into the voting booth for the first time in 2008, to vote with me in the Presidential primaries. Every year, on Election Day, she participates in some way, and in 2012, she insisted on waiting in line to vote with me before I went to work.

A mere 18 months after I became a citizen, I was appointed by Mayor Michael Bloomberg as New York City’s Commissioner of Immigrant Affairs.  That opportunity would have bypassed me had I not been a citizen. While in office, I helped to initiate Immigrant Heritage Week, which is now in its eighth year of honoring the contributions immigrants have made to the City of New York. And, with the unique understanding and perceptions I had as an immigrant myself, I worked within the Administration to insure the passage of policies to protect the confidentiality of immigration status, provide increased language access for city services and offer contracts to domestic workers working for agencies.

Citizenship and civic engagement are a right and a responsibility I take very seriously as an immigrant, and as a woman. On the one hand, citizenship provides me, and millions of other women and their families, firm ground to stand on with status that is virtually irrevocable.  On the other, civic engagement affords us an opportunity to shape the outcomes of our lives, by helping to determine how livable our neighborhoods, schools and communities can be, who our policymakers are, and indeed, whether we ourselves want to hold office.

In the debate on immigration reform, we must keep in mind how women hold up the twin pillars of citizenship and civic engagement and shape the future of our country. As we know, women don’t just ‘hold things’ together; we strengthen everything in which we get involved. To adapt an old saying,  “naturalize women, build our democracy.”