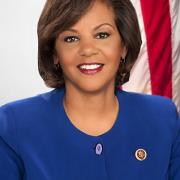 Congresswoman Robin Kelly
Share This
Add your voice to the comments

But life happens and things change. When I look around my community, I saw people dying every day from senseless gun violence.

I watched mothers bury their children; watched young people take bullets while protecting others; and watched as Congress did nothing to stop it.

So, I decided to run and see what I could do.

How idealistic I was before I realized that the millions poured by the NRA into campaign accounts – largely of Republicans – prevents Congress from passing even the simplest, most common sense gun safety legislation to save lives.

At the end of the day, it’s their money that’s blocking lifesaving action.

Some of my colleagues might be able to forget the direct connection between the NRA’s money and the devastating loss of life we’ve seeing in our communities due to their inaction on gun violence.

But I haven’t forgotten it and I won’t let them ignore it.

Starting today, I’m going to stand on the floor of the People’s House and count every NRA dollar this Congress took in exchange for their silence on gun violence.

Today, I’m reading names and stories of gun violence victims that the NRA wants us to forget.

Today, I’ll read the first 50 names, including twenty-one of Speaker Ryan’s constituents, people lost in Chicago and the victims from the tragedies at Virginia Tech, Aurora, Pulse, Dallas and Sandy Hook.

I’ll stop when this Congress acts.

American families want a vote. I want the Speaker to allow Members of Congress to do our job – cast our votes in Congress.

•           A vote on bipartisan legislation to ensure a background check on every gun sale,

•           A vote on a bipartisan federal gun trafficking bill to stop guns from one state from fueling violence in other,

•           A vote on a jobs bill that creates opportunity so kids pick up pencils and books instead of guns, and

•           A vote to reinstate the assault weapons ban because weapons of war have no place on Main St.

Congress can save lives. We just need House leadership to put people before the NRA’s money.

Congresswoman Robin Kelly is a vice chair of the Democratic Gun Violence Prevention Task Force. She is a co-organizer of the historic 2016 House sit-in to end gun violence.