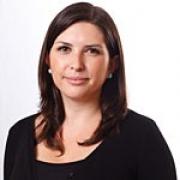 Jacinta Gonzalez
Share This
Add your voice to the comments

During the Republican primary in Florida, Mitt Romney announced to an audience that his strategy on immigration was “self-deportation.” Many people in the audience were puzzled, some laughed and others applauded. But what did Romney really mean when he proposed a strategy of self-deportation?

Delmy Palencia knows what it means. Self-deportation, both as a policy and in practice, aims to make daily life so unbearable, hostile and painful for immigrants that they will pack up their entire life and family and will flee from their homes and communities. In Delmy’s life, this is what self-deportation looks like: when she had a domestic dispute with her partner, she was wrongfully arrested. When the charges against her were dropped, instead of being released, she was further detained because of a hold request from ICE and was supposed to be transferred to immigration detention. The local sheriff, however, held Delmy on this hold request past the 48 hours allowed by law, so she fought back, challenged her unconstitutional detention and won her release.

But her fight didn’t end there. Several weeks after winning her release, ICE went back to her home in the middle of the night, separated her from her son and moved her to a far-away detention center. Through community support she won her release again but still faces deportation. The complete erosion of civil rights and due process is one component of self-deportation. Retaliation against those who defend these fundamental rights is another.

The women of Georgia, who have to live with HB 87 every day, also know what self-deportation means. During the We Belong Together Delegation’s trip to Georgia, we heard women describe police check points in front of schools aimed at arresting immigrant parents. These brave women spoke about taking feverish children to the emergency room, only to be stopped on their way by police officers who interrogated them for hours regarding their immigration status. From New Orleans to Atlanta, women across the country are fighting self-deportation.

It is no surprise that Southern states like South Carolina, Georgia and Alabama are passing anti-immigrant bills even worse than Arizona’s SB 1070, making self-deportation the law of the land. After all, the South is no stranger to racist laws. The same states that have passed anti-immigrant bills, have also created a society and legal code based on slavery, “separate but equal” Jim Crow laws, restricted voting and mass incarceration.

But this same region has also given birth to the freedom riders, bus boycotts, sit-ins, and prison strikes; brave acts of resistance that have changed the direction of our history as a nation.

It is with that same spirit of resistance that we drove a van from New Orleans to Atlanta with Black and Latina, documented and undocumented, women. During the long ride, members discussed similarities and differences in their lives. They discovered the many parallels like battling poverty and raising families. They also discovered some important differences: this was Williana’s second time leaving Louisiana in her entire life. (The first had been to evacuate during Katrina.) Eusebia left her home country and six children many years ago and considers herself to be an experienced traveler. But sitting there side-by-side, they discovered they were traveling together, as women united in a fight against the erosion of fundamental rights as a policy to divide them.

As women that Belong Together, from Arizona to Georgia and now to Alabama, we continue to fight self-deportation by believing that no matter what, resistance will outlast fear.