Educational Success Is Largely Determined By Where You Live 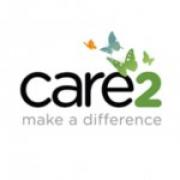 care2 .com
Share This
Add your voice to the comments

by Judy Molland at care2.com

Earlier this year, Care2′s Kristina Chew wrote about the widening gap between rich and poor students in schools across the U.S. over the past few decades and how, as a result, the gap in standardized test scores between affluent and low-income students has grown by 40 percent since the 1960′s.

Now comes a report that demonstrates exactly how this works. If you thought that children receive different educational advantages, depending on where they live, you are absolutely correct.

Wealth Has Outsized Effect On Education

24/7 Wall St. analyzed Census data from 2006 through 2010 for more than 10,000 unified school districts in the United States. (There are over 14,000 in total.) To illustrate the influence wealth and poverty have on educational attainment, 24/7 Wall St. examined the wealthiest and poorest public school districts in the country. Here’s what they found:

Wealth appears to have an outsized effect on education at the local level. Residents that live in wealthy school districts have among the best schools in the nation based on graduation rates, test scores and independent ratings of academic success. Children who attend these schools are more likely to earn a college degree than the national average.

How does this have an impact on schools?

Here’s the list of the 10 richest school districts; you’ll see that all but one are in the states of New York and Connecticut:

And the 10 poorest school districts, which are more spread around:

There are other factors too: parents who are both working long hours to make ends meet cannot spend as much time with their children as those who have the luxury of a stay-at-home parent; nor can they afford all those extras that are increasingly necessary in this time of budget shortfalls. And the 25% of children in the U.S. who are living in poverty probably don’t get enough to eat, which also hampers their ability to study.

So next time someone starts blaming teachers for all that’s wrong with education, remind them of this report.

In recent years, elected officials and policymaker have declared that there should be “no excuses” for schools with low test scores. The “no excuses” reformers maintain that all children can attain academic proficiency without regard to poverty, disability, or other conditions, and that someone must be held accountable if they do not. That someone is invariably their teachers.

This is clearly false reasoning.

Reposted with permission from care2.com.