Commercialized Sexualization and the Choice to Opt Out 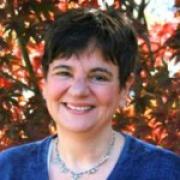 Susan Linn
Share This
Add your voice to the comments

My initial thoughts about the Canadian couple refusing to make public the sex of their baby were not kind.  It seemed like just another media circus fomented by parents exploiting their children for celebrity—like Jon and Kate, or the balloon boy.  But two things made me change my mind.  I listened to an actual interview with the couple on the CBC.   And someone sent me pictures of a new French lingerie line for four year olds.

Despite important gains made by the LBGT community, 2011 is a lousy time to be trying to raise children of any gender with a healthy, nuanced sense of what it means to be male or female.   The unprecedented convergence of unfettered commercialism and ubiquitous screen media means that we are inundated with what the advertising industry calls “shockvertising,” ads or products designed to get our attention by being ever so much more outrageous than their competitors.   The pornification of little girlhood is just one example—but it’s particularly troubling.

Marketers claim that parents don’t have to buy these products—and that they don’t even have to look at the ads.  What they don’t mention is the power of advertising to normalize both the aberrant and the abhorrent.   As we gaze upon photos of Thylane Loubry Blondeau, the prepubescent sex pot and new darling of the fashion world, it seems positively quaint that we were so worked years ago when nothing came between a teenage Brooke Shields and her Calvins.  And, compared to the provocatively posed preschoolers now selling sex and lingerie, a ten year old nymphette seems—well, not so bad.

But actually, it’s all bad.  The commercialized sexualization that normalizes turning toddlers into teenagers, harms children’s health and well-being.  It teaches them to play consciously at sexuality without having any cognitive understanding of the meaning and consequences of their behavior.  And the sexuality they posture about has nothing to do with relationships—it has to do with sex as object, sex as power, and sex to sell.  Sexualizing little girls deprives them of middle girlhood—traditionally a time of great intellectual and creative exploration for girls who have all their basic skills down, but aren’t worrying about how they look.

Which brings me back to the Canadian couple so excoriated in the media for their counter cultural decision to shield their new baby from societal mores about sex and gender.  It’s not a choice I would make for an infant in my life.  But when I look at what a mess we are making of how children learn about the similarities and differences between boys and girls, opting out seems suddenly more appealing.