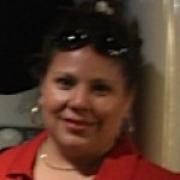 Reyna Diaz
Share This
Add your voice to the comments
My name is Reyna Diaz Mayida and my life changed in Houston, Texas on January 10, 2013. Houston was where my family and I were refused entry back into the US from Mexico. It was where we were turned away from coming home to Berkeley, California.
I always returned to Mexico to renew my passport and would always comply with the law by renewing my visa every six months. Every six months my partner, our son Rodrigo and I would go to Tijuana to renew our visas. But we grew afraid. The boarder patrol agents there would ask a lot of questions and by then our son, Rodrigo, did not speak Spanish very well. The last time we renewed our visas was in August 2011.
Rodrigo’s father used to work at a fraternity house in Berkeley as a cook. I worked cleaning houses. We lived in a studio apartment in Berkeley. Everything we had is back there. My partner’s mother got everything -- she is a resident of the country. She isn’t a U.S. citizen so she can’t sponsor us.
We had a car, a Jetta 2000, which I think my partner’s sister now has. We lost everything: furniture, photos, everything. The biggest loss was Rodrigo’s school, which he has attended since he was 5.
Rodrigo is having a difficult time adjusting to Mexico. I recently enrolled him in school, although he is a little sick right now. Every day, he is sad and doesn’t want to go to school. It’s difficult to send him and the teacher has called me several times to pick him up for vomiting. I am not sure if it’s the food here, the mosquitos, but he is sick, sad and depressed. School is very different than what Rodrigo is used to. It’s all in Spanish and they're being taught Mexican history. I suffer making Rodrigo do his homework. It is a big change for him.  Before, I never had a problem with Rodrigo wanting to go to school but now I do. He just doesn't want to go.
My life is very different in Mexico. We are sad because I have no work. I am a public accountant and attended university, but I don't have any connections here. My partner just found a job as a salesman, working from 9 in the morning to 7 o’clock at night, in which he earns $4,400 pesos ($350) a month. I just received the light bill and it is $1,100 pesos ($87), a quarter of what he earns in a month. The cost of living here is high, compared to that in California, yet the salaries are very low. In Berkeley, we did not have a house, but we lived well enough because we both worked.
Family and friends can barely help us. We live in my mother’s house, but everyone is in the same boat financially as us. They cannot help us with money. I have to find a job. It's very hard living in Mexico knowing I can't return to Berkeley for at least 5 years. I tried to look for someone to bring me back. It’s a major risk, but it is better than dying of hunger. I'm most feared and worried that I can't find work. We have a little bit of savings and that is almost gone. I've had to sell some jewelry my mother had given me as a gift.
I'm also worried about Rodrigo. I worry that he is not happy, that he is not receiving a good education. There are no classes here every Friday, and when the teacher is absent, school is cancelled. School is often cancelled because of teacher strikes, too. I don’t have money to send him to a private school.
Our future is very uncertain now that we can't live in the U.S. for at least five years. We spend our days depressed. Our future was uncertain (in Berkeley) because we had no papers and were afraid to drive or travel. At least we both had work. At the moment, I don’t see a great future for us.
It's hard not to lose hope but when I learned about the Bring Rodrigo Home - Kids For Kids campaign at: www.bringrodrigohome.org, it gave me a glimpse of hope. My mom only cries.
My one wish for the future would be that I want to return to Berkeley and be able to work without any fear. I would also like to move on from cleaning houses, to be able to grow.
Please sign this petition:  http://www.change.org/petitions/bring-rodrigo-home And help my family return home to Berkeley.   Thank you.  Reyna
Reyna Diaz Mayida is the mother of Rodrigo Guzman, a fourth grader at Jefferson Elementary School in Berkeley, California. She has been denied re-entry to her home in Berkeley, California. She cannot apply to return home for another 5 years and is forced to live in Mexico.