BACK US UP! Tell Congress: Don’t Shortchange Women!

The federal minimum wage for tipped restaurant workers has been $2.13 for the past 20 years. 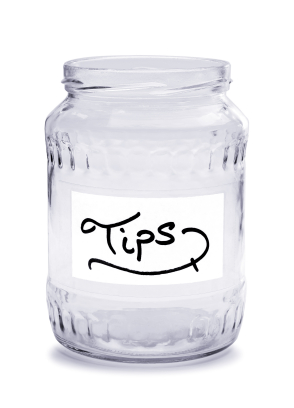 That’s right! Two dollars and thirteen cents can’t even buy a gallon of gas or milk; yet, it is the hourly federal minimum wage for thousands of restaurant workers - most of whom are women!

“I have worked as a server for over 30 years. Although I have worked almost 80 hours a week for many years, I am still unable to get credit... Meanwhile my cost of living keeps going up. Our industry is very volatile and there are very few safeguards to protect our jobs.“– Barb, MomsRising member

Tipped workers need a raise. That's why MomsRising is joining ROC-United and other policy partners today at a legislative briefing to urge Congress to support the WAGES Act to raise the federal tipped minimum wage.

Back us up! Send a quick “Don’t Shortchange Women” email urging your Member of Congress to co-sponsor the WAGES Act. Click here:

This is a bad situation.  And women are bearing the brunt of this problem since 71% of servers and 66% of tipped restaurant workers are women. For 20 years now, tipped workers in the restaurant industry and elsewhere have toiled for a miserable wage.  As a result, this workforce of mostly women has three times the poverty rate of the rest of the United States workforce, and more than half of all restaurant workers live below the federal poverty line for a family of three.  [1]

The WAGES Act would:

Talk about a “wage gap”! Currently, women working in the restaurant industry are facing a wage Grand Canyon!

The majority of restaurant servers are women. Women hold only 19% of chef positions, one of the highest paying restaurant positions with a median wage of $19.23 per hour. [3]

The tipped minimum wage has a huge impact on the economic security of women and families. Join us and urge your Member of Congress to co-sponsor the WAGES Act! Click here:

“I was a server for 15 years and raised four kids on a server’s wages plus tips.  Depending on other people to tip you, which doesn't always happen, can be the most stressful part of being a server.  There were many nights that I didn't even make enough to pay my babysitter without digging into money put back for rent or utilities or groceries.” – Rita, MomsRising member

Raising the tipped minimum wage is a simple step to address both the inadequacy and the inequity of pay for women working in the restaurant industry. An increase in the tipped minimum wage to $5.08 would give immediate relief to nearly 837,200 workers and their families (630,000 of whom are female tipped workers and many of whom live below the poverty line) while also raising the wage floor for over 10 million restaurant workers. [5]

BACK US UP! Tell Congress to stop this shortchanging of women. Join us and urge your member of Congress to co-sponsor the WAGES Act! Click here:

Together we are a strong force for women and families.