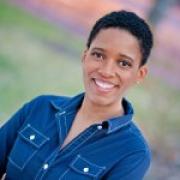 Sahira Long, MD, FAAP, IBCLC
Share This
Add your voice to the comments

This data reveals how critical it is that African American mothers get the support – from family, peers, health care providers, employers, community leaders and celebrities – they need to begin and continue breastfeeding.  In her “Call to Action on Breastfeeding”, Surgeon General Benjamin specifically called on all sectors of society to do their part to help new mothers: “Many barriers exist for mothers who want to breastfeed.  They shouldn’t have to go it alone. Whether you’re a clinician, a family member, a friend, or an employer, you can play an important part in helping mothers who want to breastfeed.”

Mrs. Obama was the first high-profile woman to respond to this challenge.  In her statement in support of breastfeeding, she tied her actions to her primary policy focus, preventing childhood obesity.  "And because it's important to prevent obesity early, we're also working to promote breastfeeding, especially in the black community -- where 40 percent of our babies never get breastfed at all, even in the first weeks of life, and we know that babies that are breastfed are less likely to be obese as children," Obama said.

As a mom, I've seen first hand the impact that my decision to breastfeed had on the health of my two sons.  Although I spent my days (and some nights as well -- I had my oldest son while still in residency) caring for countless sick children at the hospital, I can recall only one or two times that my own children were ill while I was still nursing.  My youngest has a mild case of asthma that only flares occasionally with colds.  I'm certain it would be a different story had I not chosen to breastfeed since my husband (whose mother was encouraged to formula-feed him) required multiple hospitalizations as a child for severe, persistent asthma.  While pumping was my least favorite aspect of my breastfeeding experience, it made it easier to return to work knowing I was still providing a way to keep my sons as healthy as possible.  As a pediatrician, I've had many mothers desperately attempt to relactate after stopping upon realizing what a difference breastfeeding made on the health of their children.

As a long-time breastfeeding advocate, I also know there are many barriers to successful breastfeeding encountered by mothers.  That's why at the DC Breastfeeding Coalition we are working to increase prenatal breastfeeding education and postpartum breastfeeding support in the area of the city with the lowest breastfeeding rates.  In collaboration with the Children's National Medical Center's WIC clinic, we're developing an East of the River Lactation Support Center.  We're also addressing breastfeeding-related maternity care practices in all DC maternity facilities through our DC Perinatal Lactation Quality Care Collaborative.  Our hope is to get all babies in DC off to a better start with maternity care that incorporates evidence-based best practices as outlined in the Ten Steps to Successful Breastfeeding for Hospitals.

Realizing that far too many women discontinue breastfeeding earlier than they hope when they return to the workplace, another major focus area of the DCBFC is breastfeeding support in the workplace.  We partnered with the Maryland Breastfeeding Coalition to conduct Business Case for Breastfeeding outreach activities across the DC and Maryland area.  We not only met with employers to show them the simple steps that could be taken to support their breastfeeding families, but also established a recognition program to award those businesses that are already providing exemplary lactation support programs.
My dream for breastfeeding is that one day we’ll all do our part to ensure that all mothers who choose to breastfeed will receive the support they need to successfully do so from their peers, employers, health care providers and the community. These are just a few of the ways we at the DC Breastfeeding Coalition are doing our part.