A Mom's Pledge to End HIV in America 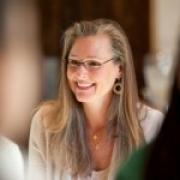 Dawn Averitt
Share This
Add your voice to the comments

Founder and Chair, The Well Project

June 28 is a day I’ll never forget: the anniversary of my HIV diagnosis. It was 1988. I was only 19, and didn’t know a single other HIV-positive woman. Misinformation and fear dominated the public conversation on AIDS; everyone knew AIDS was a death sentence, and my immediate goal was to stay alive long enough to see 20. Even my doctor told me to keep my status to myself. As a nation, we weren’t ready for conversations about AIDS that extended beyond stigma and assumptions.

What amazing strides we have made since that day. In 1995 I took a leap of faith and went public with my HIV status. It was simultaneously the most liberating and terrifying moment in my life. It was the moment I found my voice. Since then, I’ve had the honor of advocating for the many, many women affected by HIV/AIDS here in this country and around the world.

But my proudest achievement by far is being the mother to two daughters (now eight and ten), both of whom are HIV-negative, and know their mom is HIV-positive. If you’re a mother, you’ll understand what I mean when I say that having the initial “talk” with them was only the beginning of a continuous dialogue in which we all keep learning new things.

This summer, I have another reason to continue that dialogue with my daughters and many others. July 2012 is the first National HIV Awareness Month.

You may not realize this — many people don’t — but HIV isn’t a public health crisis just affecting the developing world. HIV is a huge problem here, right in our own backyard. There are 1.2 million people living with HIV in the U.S. — yes, more than a million of us! — and every year more than 50,000 people become newly infected. If approximately one quarter of the 1.2 million people in this country living with HIV are women, how many HIV-positive soccer moms do you think there actually are? One hundred, maybe two hundred thousand? And how many do you think you may know?

While we have a lot to celebrate in terms of advances in treatment and prevention, we still have a lot of work to do. Decades after it first appeared, HIV remains a significant cause of death in certain communities in the U.S. HIV is almost entirely preventable, but it continues to destroy lives because too many Americans don’t know their status or don’t have access to testing and treatment. Denial and stigma keep too many people from getting tested, getting treated and sharing this life-saving information with others.

I’m fortunate to have access to quality health care and a wonderful support network when so many others don’t. But as a mother who is openly HIV-positive, I know a great deal about discrimination. What I now fear most is stigma directed at my daughters. I realized when my oldest daughter started school that there was a chance other mothers wouldn’t let their children play with mine, because they might not know enough about HIV to understand there was no risk.

The Well Project, an organization I founded to provide information about HIV to women everywhere, is working with dozens of other organizations to raise awareness and reignite the commitment to end HIV in America. We can’t do it alone, though, and we invite you to join us; everyone has a role to play. Check out our pledge to learn more about what you can do. People across the nation are pledging to get educated, get tested, talk to family and friends, and get involved with organizations dedicated to ending this epidemic.

Together, we can raise awareness and eliminate stigma while working towars an AIDS-free generation for our children.  We can help prevent new HIV infections and bring testing and treatment to those who don’t have it. We can help to keep people healthy and well. We can bring resources to women, people of color and the LGBTQ community. We can end HIV in America.

National HIV Awareness Month is a rallying cry. It’s a push for unity: we must face this epidemic together, as a united front of positive and negative folks, if we want to overcome it. We have the power to change the public dialogue to reflect the reality — that some of us live with HIV every day; that many of us have healthy, happy families; that all of us want a cure.

So start a conversation, get tested, take the pledge. Someone you know, maybe even someone you love will thank you for it.