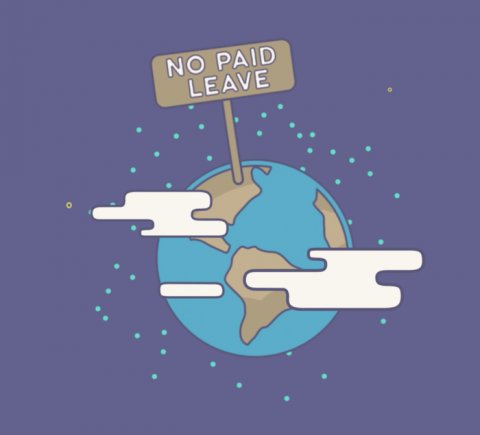 Happy Monday! We have some emergency actions for you this week, including a special one to protect healthcare by demanding transparency from the Republicans in the U.S. Senate on what’s they’re actually proposing with healthcare. The clock is ticking. Rumor is that they may try to pass a very bad policy, without letting anyone see it, in the next couple of weeks. WEEKS! So we need you to reach out to them via the link below ASAP.

There are 4 other important actions too. Be a wonder woman superhero this week by joining us to take action on paid leave and more. You don't even need a cape or magical wristbands! Every time you take action, speak out, and raise your voice, we're reminding leaders that we are POWERFUL! (That’s better than a magical wristband any day!)

Take all 5 actions at once, or do one a day. Your choice. What matters most is that you continue to speak out! And be sure to share this list with friends and family too.

BACKGROUND: As parents we know when there’s silence, there’s often some sort of trouble happening. And soon after—we hear that infamous crash!! Well, right now there’s a whole lot of silence happening behind closed doors in the U.S. Senate. The extremist Republican members of the U.S. Senate, led by Senator Mitch McConnell, are trying to pull a fast one on our nation’s families and our health care. Sign on now! Tell U.S. Senator Mitch McConnell TODAY telling him to be transparent about the Senate’s health care bill and hold public hearings!

2. Tell Congress to Appoint a Bipartisan, Independent, 9/11-Like Commission Now!

BACKGROUND: In his June 8 appearance in front of the U.S. Senate Intelligence Committee, former FBI Director James Comey confirmed that Russia interfered in the 2016 general election, and described how Donald Trump tried to undermine the FBI’s investigation of that interference. We need an independent, bipartisan commission, created by congressional legislation, that has the mandate to fully investigate the circumstances surrounding the 2016 Presidential election, including any and all Russian interference, as well as to provide strategies to make sure we are protected from this type of disastrous situation in the future. The commission would also be the most likely agent to turn up the evidence needed for the House of Representatives to initiate impeachment proceedings.

BACKGROUND: What are the mechanisms and procedures available to guard against Presidential corruption, overreach and abuse of power? MomsRising Executive Director Kristin Rowe-Finkbeiner hosts special guests Elaine Kamarck of the Brookings Institution and David Sievers of MoveOn.org for this exciting and timely discussion about presidential accountability, followed by Q & A, when you get the chance to get your questions answered!

5. Check Out and Share our Amazing New Video about Paid Family and Medical Leave

BACKGROUND: We were heartened that President Trump’s proposed budget recognized the need for paid family leave which is, indeed, an urgent priority. But the fact is that the administration’s approach is not only terribly flawed but also is coming at the same time as Trump is proposing massive cuts to the programs that lift families and our economy the most. In other words, name-checking this policy in Trump’s budget is a smokescreen for him pushing through many other bad policies that hurt families and our economy. Check out our powerful video about just how important paid family and medical leave really is to our families, our businesses and our economy! And be sure to share it with friends too.