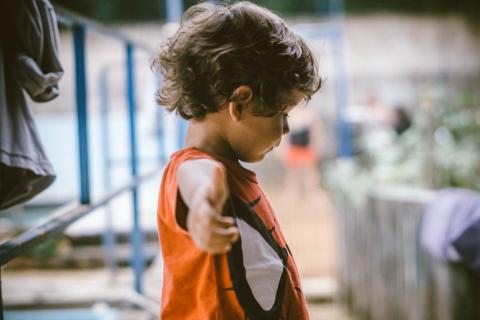 We, the below signed organizations representing millions of women, write to express our horror and dismay regarding the Trump administration’s inhumane treatment of immigrant women and children which undermines our nation’s values, destroys families and communities, and hurts our economy and country. Since President Trump took office, this administration has embraced policies that endanger the lives and livelihoods of immigrant women, tear families apart, undermine fair pay, and leave children without the family members who love them. We call on Congress to engage in aggressive oversight and to enact legislation that affirms the dignity of immigrant women and children and protects our country.

Over the past 16 months, the Trump administration has targeted women and families seeking refuge in the United States as well as immigrants already living here. In particular, the administration:

The Trump administration  continues to destructively attack vulnerable families by making it as difficult as possible for women and children to legally seek asylum in the United States. White House Chief of Staff John Kelly said the United States would take children away from their parents as a “tough deterrent” for asylum seekers. The New York Times reported nearly 700 children have been taken from adults claiming to be their parents since October of 2017. Separating children from their parents is unspeakably cruel and inhumane.   This is not what we aspire to be as a nation and it dishonors the values enshrined on the Statue of Liberty.  These types of policies hurt all of us.

Furthermore, President Trump’s executive orders particularly harm women who’ve suffered from domestic violence and are afraid to report it out of fear of immigration enforcement. Within the first few months after these executive orders were issued, rape reports in Houston among the Latino community dropped 42.8 percent and reports of violent crime dropped 13 percent, with similar drops reported in Los Angeles. Last year, U.S. Customs and Border Protection agents stalked a courthouse to arrest a transgender woman who was attempting to obtain a restraining order from her abusive partner. The Department of Homeland Security later reaffirmed that its agents would continue to make courthouse arrests, even if they arrested victims of domestic violence. This not only exacerbates the chilling effect of survivors coming forward, but also undermines the mission of the courts and law enforcement.  Attorney General Jeff Sessions has also signaled that the Justice Department may strip access to asylum protection from survivors of domestic violence.

Finally, nearly 1 million DACA recipients and TPS holders have  been told they will lose their legal status and are in limbo after the Trump administration terminated the DACA program and TPS designations for Haiti, El Salvador, Nepal, Sudan, Nicaragua and Honduras. Women make up more than half of all DACA recipients and TPS holders are raising 273,000 U.S. citizen children. These are American families who are a part of our communities and know no other home.

In nearly every instance, women and children have borne the brunt of this administration’s harsh rhetoric and cruel policies. From the very beginning, President Trump’s administration put women at risk. In fact, one of the first reported people to suffer forced separation from her children because of the Trump administration’s new policies was a mother - Guadalupe Garcia de Rayos - who was raising two U.S. citizen children in Arizona, following the rules, and making a routine ICE check-in when she was detained.  Right now, there are too many women working hard, fueling our economy, and paying taxes, but vulnerable to losing a friend or family member who has been part of our community for years.  Moreover, there are over 5 million U.S. citizen children with an undocumented parent who are also at risk of living in a single-parent home or in a state foster care system due to President Trump’s immigration policies.

As organizations that represent women and families, we reject this President’s treatment of immigrant women and children and call on Congress to enact policies that respect the sanctity of a family, create a common-sense and humane immigration process, and build a brighter future for the United States.

New York Times: Hundreds of Immigrant Children Have Been Taken From Parents at U.S. Border https://mobile.nytimes.com/2018/04/20/us/immigrant-children-separation-i...

Fifty-four percent of judges who responded to a recent survey reported court cases were interrupted due to an immigrant crime survivor’s fear of coming to court.# Eighty-two percent of prosecutors responding to the survey report that since President Trump took office, domestic violence is now underreported and harder to investigate and/or prosecute.  American Civil Liberties Union. “Freezing Out Justice: How immigration arrests at courthouses are undermining the Justice System” Available at: https://www.aclu.org/report/freezing-out-justice (quoting National Imfmigrant Women Advocacy Project. “Promoting Access to Justice for Immigrant and Limited English Proficient Crime Victims in an Age of Increased Immigration Enforcement: Initial Report from a 2017 National Survey” Available at: http://library.niwap.org/wp-content/uploads/Immigrant-Access-to-Justice-...

USA Today: Could this woman be the first deported because of Trump’s orders? https://www.usatoday.com/story/news/nation-now/2017/02/08/deported-trump...