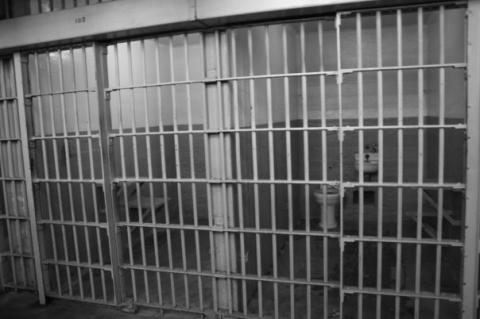 When Voting is a Privilege, Not a Right

Tomorrow, millions will cast their vote for not only the next President, but for representatives down the ballot who will make the decisions that impact their lives and the lives of their communities. But there are many who, despite being citizens, will have their voices silenced. These are the 6.1 million Americans who are forbidden to vote due to felon disenfranchisement.

The United States hasn’t always and still doesn’t afford rights and liberties equally. Black men couldn’t vote till 1864. Women couldn’t until 1920. Native Americans couldn’t officially vote till 1924, and even then the voting rights of communities of color weren’t protected until 1965 with the passage of the Voting Rights Act.

In 2016, we continue to witness ongoing voter restrictions that disproportionately impact communities of color, particularly black communities and poor people. There are stark racial and economic components to denying felons and former felons the right to vote. One in 13 African Americans of voting age is disenfranchised, a rate more than four times greater than that of non-African Americans. African Americans are incarcerated at nearly six times the rate of whites, and though African American and Hispanics comprised 58% of all prisoners in 2008, they only make up approximately one quarter of the US population. The United State’s alarming incarceration rate, the highest in the world, has been referred to as the “New Jim Crow” and the elimination of the right to vote is part of a continuum of institutionalized state sanctioned racism.

Our system of courts and prisons are tasked with providing a  process for handling crime, dealing out punishments and ensuring justice. However the reality is that this system often does the opposite.

In reality, people with criminal records end up paying for them indefinitely, regardless of how much time and how long ago they served. Right now, only two states, Maine and Vermont, allow those who are incarcerated to vote. The vast majority of those who’ve had their rights gutted by felon voter disenfranchisement have already served their time, yet many states refuse to reinstate their voting rights. In fact, over half of those who cannot vote are disenfranchised post sentence, meaning they are no longer on parole or probation. Only 23% of the disenfranchised are currently serving time within a correctional institution, the vast majority of 77% are no longer serving time within an institution and are out in society often working and paying taxes. Yet they still cannot vote.

Currently, 12 states do not allow anyone with a felony record to vote, period. Taking away this most basic democratic tool of representation is one of the most non democratic stances a state can take. The only purpose it really serves it to effectively eliminate numbers of voters from minority backgrounds. Felon disenfranchisement doesn’t make communities any safer and hurts the ability of the formerly incarcerated to fully integrate back into society.

These statistics demonstrate a connection between disparities in the criminal justice system and disparities in political representation. A report from the Sentencing Project highlights the fact that 4.7 million adults who live, work, and pay taxes in their communities are banned from voting. This is not just, it is not fair and it leads to a less representative nation as a whole. There need to be reforms to eliminate laws that suppress the voting of millions of citizens who have already served their time and deserve to be heard in our political process.

So as you head to the polls this Tuesday, take a moment to realize how privileged you are to be able to vote. Because though voting is a right, it is unfortunetely a privilege denied to many. Felon disenfranchisement is another issue within our criminal justice system that desperately needs reform.

Re-enfranchising those with criminal records is a major civil rights struggle of our time. As a new administration comes in, may there be a priority to fix our broken justice system and restore voting rights back to our citizens. Freedom and liberty cannot be realized without access to this most foundational and fundamental aspect of our democracy.