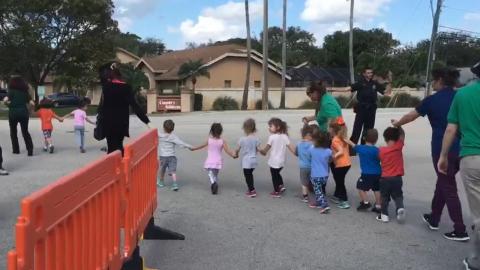 We Need to Talk About the JCC Bomb Threats

This week marked the fifth round of bomb threats to hit Jewish Community Centers (J.C.C.s) across the United States and Canada.  Sixteen centers, from Florida to Michigan, received threats.  As the news was breaking, I watched a Facebook Live video of one of the centers in Florida being evacuated.  I started to cry as I watched the childcare workers dance and play games with the children so they were not afraid. This threat of violence is unacceptable in our communities, especially in a place that is warm, inviting, and teaches tolerance of others.

As author Jennifer Weiner recently wrote in a New York Times op-ed “the J.C.C. is where many of the nation’s estimated 5.3 million Jews feel the most Jewish American. It’s the place they go to do all kinds of nonreligious stuff.” This is where kids go to preschool or summer camp.  Adults can work out by taking water aerobics or yoga. Anyone can take classes in cooking, art, dance, and more.  Anyone from the community, no matter their religious affiliation, can be a member.  J.C.C.s, as Weiner says, resemble “regular, unremarkably American life”.

This is why I and so many others find it terrifying that these centers are targets of what has become weekly bomb threats.  A total of 68 threats were made at 53 different centers across the US and Canada, not including the 16 today--which not only targeted JCCs but also Jewish Day Schools.  Threats of violence are nothing new to J.C.C.s and is one of the main reasons why each threat is taken very seriously. In 1994, 85 people were killed and 300 people were injured after a suicide bombing in front of the Buenos Aires Jewish Community Center.  In 1999, three children, a teenager, and one adult were shot by a white supremacist at the North Valley Jewish Community Center in Los Angeles. In 2006, one person was killed and six were injured after a shooting in front of the Jewish Federation of Greater Seattle. In 2014, two people were killed by a former leader of the KKK outside the J.C.C. of Greater Kansas City.

On top of the bomb threats, Jewish cemeteries across the country are being desecrated, 150 graves in St. Louis and 100 in Philadelphia.  This is more than an act of vandalism - it is considered a defilement of sacred ground and has brought further heartbreak to those families affected.

With these horrible incidents happening, children across the country are being exposed to the traumatic experience of being evacuated from their childcare center and safety net and their parents are living out a nightmare of fear and terror for the well-being of their children.  This is at the same time that Jewish communities are experiencing increased anti-semitism, as seen with the threats of violence and desecration occurring at cemeteries. To be very clear, it is our children who are being targeted and our sacred grounds that are being destroyed. In the wake of these terrible incidents, it is important to talk to our children about what is happening.

Below are five resources for families to talk to their kids about what is happening at the J.C.C.s:

Want to take further action against this form of hate that is targeting our children?  One step we all can take is to educate our kids on tolerance and acceptance, speak out against anti-semitism and in hate in their various forms, and be helpful to local communities when horrible events occur.  Here are a few ways to do this:

Even with all that is happening, the J.C.C.s have not seen a dip in membership nor have they seen a drop in attendance at events.  While the situation is taken very seriously, communities are refusing to let hate win.  J.C.Cs are a place for the community to gather and they will not be scared away - a lesson that we all can learn from.

It’s time for us to stand up to the acts of hate that are occurring and say enough. The safety of the J.C.C.s across the United States and the rest of the world are worth fighting for.