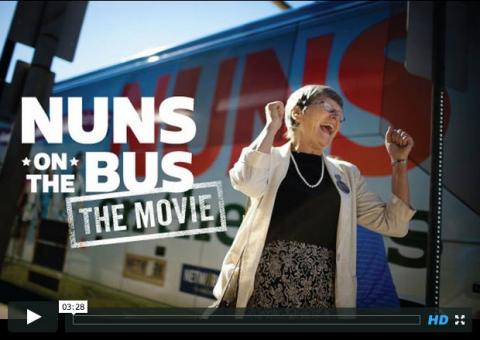 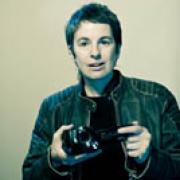 Melissa Regan
Share This
Add your voice to the comments
Today the Supreme Court voted in favor of Hobby Lobby's "religious freedom" to decide not to abide by the Affordable Care Act and deny contraception coverage to their employees.
Hobby Lobby’s lawyer made a statement that the Obama administration has been waging a “war on nuns” and people of faith.
Since I’ve been following Sister Simone Campbell and the Nuns on the Bus for the past two years in production on a documentary film, I wanted to hear her thoughts. 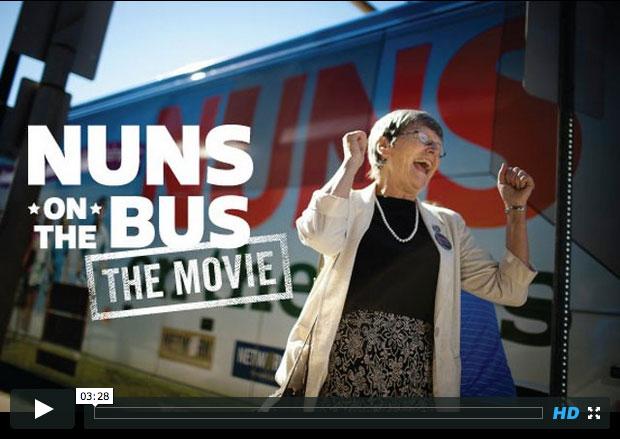 Sister Simone and her organization, NETWORK, helped Congress pass the Affordable Care Act and was punished by the Catholic Church as a result. In 2012, while the Catholic Bishops were claiming "religious freedom," the nuns told Congress that health care for all is a pro-life stance. Minority Leader Nancy Pelosi credits Sister Simone and the nuns with changing the minds of a critical number of pro-life Democrats.
When I caught Sister Simone today in the middle of hectic DC lobbying, she was disappointed and frustrated and noted that some are saying the Hobby Lobby decision will actually lead to more abortions. But she was even more focused on her current battle: comprehensive immigration reform.

"It's so depressing that the House of Representatives won't deal with the issue and blames the President when it’s their willful refusal to govern that is the problem."

If anyone is waging a war on nuns, they seem to be fighting back from both sides of the aisle.
To learn more about how you can help finish the film and Sister Simone’s continued advocacy of government programs that benefit women and families, please visit: nunsonthebusmovie.com

Melissa Regan is the Sundance-award-winning filmmaker of Nuns On The Bus – The Movie!, a funny and poignant documentary film in-progress about courage, values, democracy...and nuns.