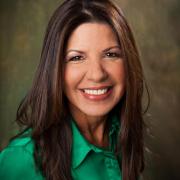 Maritere, or Mari, as she is known by family and friends, is a bilingual and bicultural, free-lance writer, blogger and author with a degree in communications from Pepperdine University in California.  Realizing she could combine her two life passions, writing and motherhood, Maritere became a voice for Latino parents long before the existence of online parenting resources.  For eleven years, Maritere wrote a highly regarded and influential parenting column for La Opinión, the largest Spanish language newspaper in the country. During that time, she also wrote for Ser Padres and for Healthy Kids en Español. For four years, her articles appeared in Vista magazine, distributed nationally and online via the ImpreMedia group, in the top 15 U.S. Hispanic markets.  A parenting blogger since the fall of 2014, she is a contributor to HipLatina.com and Huffington Post and has been featured in todobebé.com, and HuffPostVoces, and Mamásporelmundo.com. Her website www.maritererodriguezbellas, where she blogs, is a place where she shares her wisdom and that of others in their bilingual and bicultural parenting journey. She is often invited to share her parenting wisdom on Spanish language media locally and at nationally.

Maritere’s parenting articles deal with a vast range of issues facing immigrant parents seeking to find a balance between the culture they left behind and the culture they adopted.  She also enjoys writing about Latina women and their accomplishments, and about topics that affect, influence, motivate and teach children and the youth.

Her first book, Raising BilingualChildren/Cómo Criar Niños Bilingues, was published by Simon and Schuster as an e-book, in the fall of 2014 and received a finalist award at The International Latino Book Awards in 2015.  Whether your native language is Spanish, Filipino, Korean, Chinese, or French, it is natural to want our children to communicate in our native language. Raising Bilingual Children is the ultimate guidebook for busy parents looking for advice and direction about the everyday challenges and joys of raising a bilingual child.

In her second book second book, Arroz con Pollo and Apple Pie: Raising Bicultural Children, Maritere distills her wisdom into one unified tome, offering immigrant parents a comprehensive guide for understanding their emotions, solving their problems and finding joy in their multicultural reality. Topics include everything from understanding the stages of assimilation to the differences between the American Way and the Hispanic Way, to the benefits and advantages of being raised bilingual and bicultural.  The book received a finalist award at The International Latino Book Awards this past September.

Maritere is a member of the International Society of Latino Authors, Latinas Think Big, We All Grow Latina, Gusto Woman, Wise Latinas, Multicultural Bloggers Forum and Connect Her. She was born and raised in Puerto Rico.  Her husband grew up in Ohio and is 100% Greek.  She is the mother of two young adult children, a boy and a girl, raised with two languages and three cultures. She lives in Southern California. 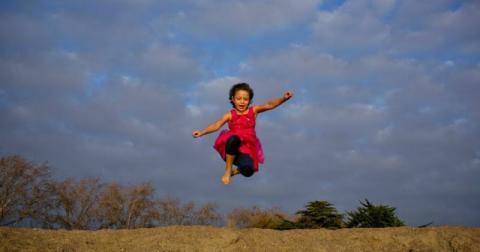 Why we should speak our native language with our children

May 15, 2017
For most immigrant parents, raising bilingual children is not a choice or a decision, it’s a way of life. Regardless of whether our native language is Spanish, Filipino, Korean, Chinese or French, we all want our children to be able to communicate in the language in which we were born and teach them to love our mother tongue. After all, we want them to be able to travel to our home countries and talk to our relatives. We want them to know where we came from and our language is a big part of this knowledge. As writer Rita Mae Brown said once, “Language is the road map of a culture. It tells...
MomsRising Together
Celebrando Mes Nacional del Concientización Bilingüe! 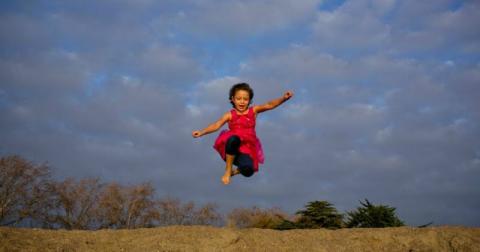