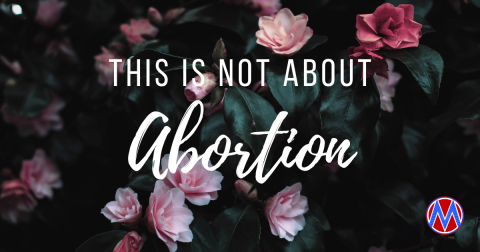 We're back with this week's list of top #5Actions from the past week, featuring hot items around defending a woman's right to choose, demanding justice for Eric Garner, Delrawn Small and Tamir Rice, and speaking up for child nutrition programs and pregnant workers. Your voice is urgently needed; please scroll through to be sure you've signed them all. Then share with friends and family, too!

Thank you for all you do, and here's the list =>

1. Tell Governors to Protect Women and Stand Firm Against the Attack on a Woman’s Right to Choose

BACKGROUND: Following on the heels of Georgia, Alabama just passed the nationâ€™s most restrictive reproductive healthcare bill that, if allowed to go forward by the courts, would impose criminal penalties on any doctor who performs an abortion, even in the cases of rape and incest. As moms, we know the lifesaving importance of access to reproductive healthcare for ourselves, and we cannot even begin to imagine the horror of a high schooler who has been raped learning that terminating her pregnancy is a criminal action. Despite these horrors, Alabama Governor Kay Ivey immediately signed the bill into law.Across the land, other states like Missouri and Louisiana are considering bills designed to provoke the reversal of Roe versus Wade, which protects a womenâ€™s right to choose under the U.S. Constitution. Ultimately, itâ€™s up to governors to sign them into law. Signing such anti-choice laws signals a governor's active participation in the war on women that wants to take away our bodily autonomy and our ability to make our own family planning decisions. Take action now!

BACKGROUND: Discrimination is the last thing you should have to worry about when youâ€™re pregnant, but even in 2019 pregnant workers areÂ stillbeing denied reasonable, medically-necessary accommodations at work (like extra water breaks or being able to sit down) because of loopholes in the 35 year old Pregnancy Discrimination Act. The Pregnant Workers Fairness Act would make it unmistakable: Employers must provide reasonable accommodations to pregnant workers who need them.Â Tell your U.S. Representative to support the *BIPARTISAN* Pregnant Workers Fairness Act!

BACKGROUND: A reckless killer of children should not carry a badge. Yet, that’s exactly what Cleveland’s police union is trying to do — get Timothy Loehmann, who shot to death 12-year-old Tamir Rice while he was playing in a park, [1] back on the Cleveland police force. The very idea makes me both sick to my stomach and want to scream. It’s unthinkable, unacceptable, and just so. wrong. *Join me in helping Tamir’s mother Samaria Rice confront Cleveland’s police union and keep her son’s killer Timothy Loehmann from rejoining law enforcement.

BACKGROUND: It's been nearly 5 years since Eric Garner pleaded for his life and cried, "I can't breathe" while NYPD Officer Daniel Pantaleo strangled him. Two years after the killing of Eric Garner, Delrawn Small was shot three times and killed in front of his family by Officer Wayne Isaacs. No family should have to suffer losing a loved one at the hands of those charged with protecting them. Yet, over and over again, we have watched victims of police killings and their families be denied justice by leaders who not only refuse to enforce accountability, but also protect and even reward police who kill. Mayor de Blasio's inaction sends a clear message: Eric Garner and Delrawn Small's lives do not matter. When police officers abuse their authority in our communities, we are left vulnerable and unsafe. We need community safety and justice, not abusive policing. We are calling on Mayor de Blasio to finally hold all police officers involved in both killings accountable. Their lives matter and their families deserve justice. Sign on and stand with us!

BACKGROUND: Your voice is needed to help show lawmakers the real impact of programs like school lunches and breakfast (including nutrition standards for those meals), WIC, Summer Feeding Programs, after school snacks, and food served in low-income childcare settings. Can you share your story? The Child Nutrition Act is a MAJOR piece of legislation that has an impact on most of our children’s lives and has the ability to make the foods our kids eat healthier and put a serious dent in child hunger statistics. The U.S. Congress will be updating this important piece of legislation in the coming months and we want to make sure our voices are heard on these important programs. **It’s time to use our outside voices and speak up for the nutrition of our kids!

Join our May #KeepMarching Virtual Meeting: Trump's Trade War & American Families
Trade, tariffs, and Trump - OH MY! There’s a lot to follow with the recent news about Trump’s trade war with China - but it’s clear that his priorities are capital, and not working families. Who will really pay for the tariffs, and who’s feeling the pain?? Special guest Andy Green, managing director of economics at the Center for American Progress, will be joining us to help unpack what’s going on. MomsRising’s Early Learning Campaign Director Lauren Hipp will will also be joining us. Lauren will provide an update on the fight to increase access to affordable, high-quality childcare for all families, including a recent win on the Child Care Development Block Grant, and the childcare proposals being offered by candidates for 2020. We’ll also have an up-to-the-minute discussion on what comes next, and how MomsRising members like YOU can help at the local, state, and federal level! Join us May 30, 8pm ET. RSVP here.

Check out the new article from MomsRising's Tasmiha Khan in Popsugar: How I’m Reckoning With Ramadan in an Age of Islamophobia  "The women in my family who observe hijab are warriors in the age of Trump," she writes.