The Most Burdened Generation: A Poem 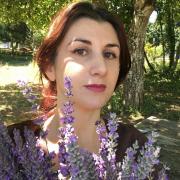 Rae Jesequel
Share This
Add your voice to the comments

My kids, and their generation, could've saved the world

My kids see race, color, and culture, but they know it has no bearing on a person's inherent worth

My kids see masculine and feminine, but they aren't hung up on enforcing those qualities according to someone's biology

My kids see climate change already affecting their world, and they understand enough science to know that humans have a hand in it

My kids don't care how you came to live in this country, if you participate here in a positive way

My kids see religion, and they aren't bothered by it unless it oppresses and hurts people

My kids see inequality and injustice, and they aren't afraid to act out against it

My kids watched as the older generations voted for power-hungry, greedy old men who thumped bibles while ransacking and rigging the economy for their own gain

My kids watched the older generations hungrily extract everything they could from the earth and the economy, without regard for what would be left to their grandchildren

My kids, and their generation, could've saved the world.

But I am afraid that my kids, and their generation, may have already had their future stolen by their grandparents