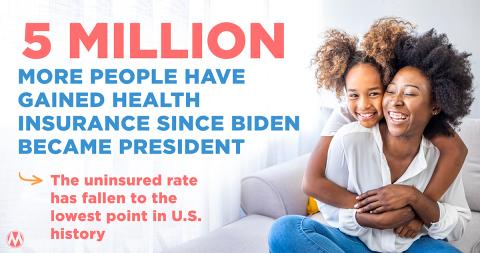 The Lowest Uninsured Rate Ever!

HHS recently released a new report showing that we have reached the lowest uninsured rate in American history in 2022 – just 8 percent!

So how did this happen? This progress didn’t happen by accident. More than 35 million Americans are enrolled in Affordable Care Act related coverage – the highest total on record. That includes 21 million people who are enrolled in the ACA’s expansion of Medicaid. Additionally, five million more people have gained health insurance coverage since the beginning of the Biden-Harris Administration – in large part because of the improvements to the ACA in the American Rescue Plan.

Thank you for joining us in making this happen! Let’s keep this momentum going until everyone has quality, affordable health care coverage!

The Lowest Uninsured Rate Ever 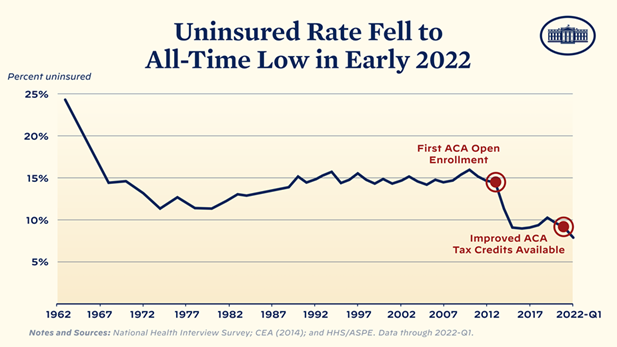