Texas Jail Project: On Maternal Justice for the Imprisoned 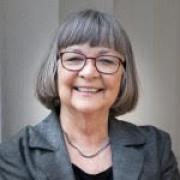 Diana Claitor
Share This
Add your voice to the comments

Jarvis Cooper emailed the Texas Jail Project a message with the subject line “please help” on July 11th. He was reaching out for his partner, Kandace Washington, a 22-year-old woman more than six months pregnant with a high-risk pregnancy, incarcerated in the county jail in Beaumont, on the upper Gulf Coast of Texas.

Before she was arrested on a nonviolent charge, she had been regularly seeing doctors at the University of Texas Medical Branch and doing her best to stay healthy.

“When I was booked in, I told them my UTMB doctor explained the high risk pregnancy,” said Kandace. “But I don’t know if they ever got [my medical records] at the jail.”

The jail never did, says Sheriff Zena Stevens. The records would have shown that she’d had surgery recently and that her two year old was born premature and confirmed that this was a high risk pregnancy.

In any case, it became obvious to Kandace and Jarvis that people weren’t listening. Whether it be the judge, the district attorney, his investigator, the probation officer, the lawyer or the medical staff at the jail, attitudes ranged from impatient to dismissive. Sheriff Zena was an exception in that she had Kandace brought to her office and went over her complaints with her. Seldom have we encountered that kind of personal intervention.

Outside of researchers and advocates, few people running correctional facilities seem to worry about the stressful effects of jail life on babies in utero. County jails are supposed to have special diets for pregnant women, but many don’t provide adequate calories, fresh fruit, or enough protein. Nor did officials seem aware that other pregnant women in Texas had ended up delivering babies in their cells with no medical help—and in the case of Nicole Guerrero, watch them die.

Ten years of experience at Texas Jail Project and information collected in the state’s study of 245 jails’ care of pregnant inmates in 2016 told us that Jarvis was right to be worried about the quality of medical care she was getting. Both the probation officer and sheriff asserted that medical care in their jail was topnotch, and they reacted indignantly to my suggestion that it might be substandard. However, as near as can be determined, Kandace was never seen by an OB/GYN trained in high risk pregnancy during the entire six-week ordeal.

In the meantime, Jarvis and I hung onto the belief that once the Judge Stevens (no relation to the sheriff) saw the medical records from UTMB, he would realize that he should release her, to await her hearing at home where she could get the care she needed. I worked hard to find connections to UTMB. After at least 10 days, Kandace’s lawyer stated that she had received the records.

But now I’m told that the judge never saw her records. He was making decisions without knowing her condition. Sheriff Zena says she didn’t see them either, but treated Kandace “as if she was high risk.”  What kind of system is it where jails and courts operate without critical facts and knowledge of the people’s lives they control?

In the end, MomsRising organized an amazing petition to the Judge—14,000 Americans signed in about 72 hours—and Hurricane Harvey helped the Judge decide to immediately schedule a hearing. At that hearing, the Judge and Prosecutor offered a deal that involved Kandace paying $1,100 in fees she owed, and once she paid, charges were dropped and she was released, just hours before Harvey crashed into the Texas Gulf coast. So after all the delay and massive amounts of work, it all came down to $1,100?

All along, people kept asking us why she couldn’t be released on a personal recognizance bond. There was no real reason. She wasn’t a threat to public safety, and she wasn’t a flight risk. She hadn’t been convicted of the charge and like most people in county jails was being held pretrial, technically innocent. Her lawyer had even offered to put her on an ankle monitor, but the judge kept her locked up and scheduled yet another hearing weeks in the future, ever closer to her delivery date.

It’s like Jarvis said at the time, “It’s almost like they don’t think of us as human.”

And that may be part of the dynamic, since Jarvis and Kandace are young black people without connections in a conservative, mostly white-dominated county. However, we’ve seen pregnant white women and brown women in jails from Nacogdoches to Brownsville neglected by staff and judges who seemed unaware of—and uninterested in—the needs of pregnant women.

We need a sea change to resolve those inconsistencies, but one thing can that can be done now is for jails to allocate resources, just like Brazos County Jail currently does, to ensure that medical records are obtained for each pregnant woman incarcerated for more than 48 hours. At the state level, the Texas Commission on Jail Standards can add a requirement to the standards on pregnant inmate care: each jail must assign that records duty to a particular staff position, just as they check and obtain records from a mental health facility for those with a history of mental illness.

An average of 400 pregnant women a month are incarcerated in Texas county jails. The quality of medical care for them and their babies will affect them the rest of their lives, and in turn, our communities will benefit from that higher quality care.

On September 12th, the day that Kandace had originally been scheduled to appear in court, she went into labor, and, less than 3 hours later, she delivered Jordhi Mi'Kelle Cooper, 4 lbs. 12 oz. Mother and baby are doing well.