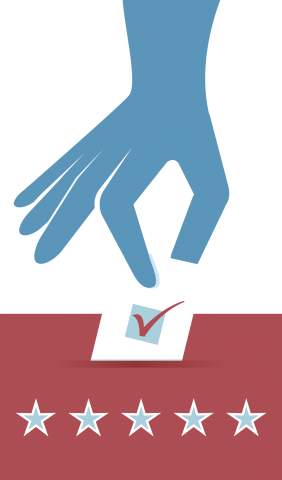 Tell the US Senate: Act now to secure our elections!

Imagine this...It’s late on November 3, 2020. You are glued to the TV watching the election results come in and the candidates for President are neck and neck. Suddenly, there is a news flash – reports are coming in that a foreign country has hacked our elections and no one can verify the results.

Want to avoid this nightmare?

This is not a drill! A bipartisan U.S. Senate Intelligence Committee just published its report on Russian efforts to influence our election and the conclusions are frightening. Among other findings, the bipartisan Committee concluded that Russians probably targeted election systems in all 50 states.

Congress must take strong action to deter foreign nations from attempting to disrupt our elections and ensure that states secure their elections and have a paper ballot trail that can be audited if questions arise about the legitimacy of an outcome. Ten states now lack the capacity to do so.

SIGN NOW to tell your U.S. Senators and Senate Majority Leader Mitch McConnell to take action to secure our elections!

The 2020 election is too important to leave any outcomes up to high school hackers or the whims of foreign governments.

There are numerous bills that have been introduced to secure our elections, but Senate Majority Leader Mitch McConnell has refused to advance these bills to a vote.

It’s time for Senator Mitch McConnell and the rest of our leaders to stand up for America’s democracy. Ensuring that our elections are free from tampering from foreign or domestic actors is not a partisan issue, it’s an American issue that is critical to the future of our democracy.

Take Action!
Tell the US Senate: Act now to protect our elections!