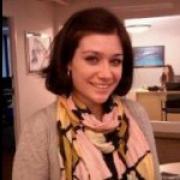 Elizabeth Brotherton
Share This
Add your voice to the comments

Ever watch the commercials that come on during the shows your kids watch? Chances are you will see ads for sugary cereals, sugar-sweetened beverages and salty fast food.

But let’s be honest: That’s probably not a big surprise to you. Food and beverage companies have been hawking unhealthy stuff to kids for years, and it’s one of the reasons why 23 million children and teenagers in the United States are overweight or obese.

What might come as a shock is that food marketers no longer are just sticking to television. These days, companies reach children through new media, including their cell phones, social media and online gaming. The makers of flavored tortilla chip brand Doritos even operate two popular online games targeting children that only operate between the hours of 6 p.m. and 6 a.m. — now they’re going after our kids when our kids should be sleeping!

Parents need all the help they can to provide a healthy, happy future for their children. What they don’t need are aggressive marketers undermining them by pushing unhealthy drinks, snacks and meals on their kids at all hours of the night.

But that’s exactly what’s happening, and it’s taking a toll on our nation’s health. Fortunately, there’s a new opportunity for us to make it better — but we only have two days to take action.

A coalition of federal agencies, led by the Federal Trade Commission, recently unveiled principles that would provide guidelines to food marketers when advertising to kids, on media channels ranging from television and radio to social media and even online gaming. According to the principles, marketers could only advertise products to children that meet strict nutrition standards.

Although the principles are completely voluntary — the government is banking that public pressure will force the companies to comply by the standards — food marketers already have promised to put up a fight. That is why we are asking you to write to the FTC and other agencies in support of the proposed principles by a July 14 deadline.

Click here to tell the FTC and other federal agencies to implement the principles.

Food marketers spend billions of dollars every year marketing their unhealthy drinks, snacks and meals to kids. The fast food industry alone spent $4.2 billion in 2009 on marketing. In 2008, the Coca-Cola Company spent $752 million on advertising, while rival PepsiCo burned through $1.3 billion in cash.

As a result, fast food, soda and other companies that dish out fatty, sugary or otherwise unhealthy products are racking in the bucks. Meanwhile, more than 23 million overweight and obese young people are at risk for major and even life threatening diseases and conditions.

The proposed principles are a solid step toward reversing this dangerous epidemic. We hope you will raise your voice to support them.