Please add your voice to the growing movement of parents who say enough is enough! Let's stand together for Leslie McSpadden, mother of Mike Brown, and all families seeking justice: http://action.momsrising.org/sign/BlackYouthMatter_JusticeMikeBrown/ 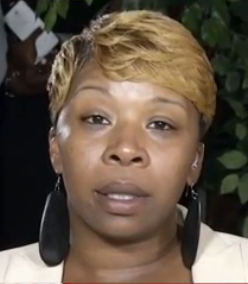 Remember the summer of your high school graduation? Remember all of the excitement, hopes, and dreams for the future?

Eighteen-year-old Michael Brown had dreams too. Dreams that he will now never be able to realize. Instead, his mother, Leslie McSpadden is left only with memories because two days before the start of Michael's freshman year at college, he was gunned down by a Ferguson, Missouri police officer. Michael was unarmed.

This has to stop. As mothers, Michael's story hits us hard. We should never have to fear that our children could come to harm at the hands of those charged with protecting them.

*Join MomsRising and ColorOfChange as we stand with the parents of Michael Brown in calling for Attorney General Eric Holder and the Department of Justice to vigorously investigate and prosecute those involved in his murder:

Eyewitnesses say Michael yelled, "I don't have a gun, stop shooting," while his hands were raised in the air. His family and community members are calling this an execution.

The systemic abuse of Black communities by the police in Missouri, and across our nation, must end and perpetrators must be held accountable.

*Enough is enough. Please join us in calling on federal and city officials to rigorously investigate, prosecute, and fire all officers involved in this case and others like it throughout the country.

On Monday, Michael Brown's parents had planned to drop him off at a nearby technical college for the start of his freshman year. Instead, the family is making burial arrangements. Now Michael's story joins the growing narrative of lives cut down by those entrusted with protecting and serving. In less than a year, there have been a slew of unarmed African American and Latino youth and men killed by police, including:

Local police departments have all too often been ineffective in investigating themselves. It is time for fair, outside, independent, federal investigation and prosecution.

*Join us in telling Attorney General, Eric Holder, and the Department of Justice to fully intervene in this case and all cases of racially motivated police brutality:

When we come together and raise our voices, it makes a difference. When no arrest had been made, it took community action, sparked by a mom to bring justice for Renisha McBride. Nineteen year-old Renisha was shot in the face and killed in a Michigan suburb, while seeking help after a car accident.  Her murderer was finally convicted last week.

We won't be silent about racially motivated violence anywhere!

Together we are a force for families and justice.