SNAP is under attack 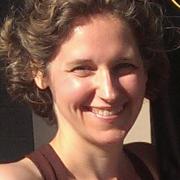 Jenny Foster
Share This
Add your voice to the comments

I am angry! Food security is under attack in New Hampshire. For many New Hampshire working families, paychecks don't cover the full cost of living – daycare, rent, and utilities alone can easily add up to more than what a parent brings home.  Supplemental Nutrition Assistance Program Benefits, or SNAP – commonly called food stamps – helps bridge the gap and allows many working poor families to put food on the table.

However, in NH and in many other states, there are efforts underway to limit families’ ability to access SNAP. In NH, we are working to defeat NH Senate Bill 7, a bill drafted by a Florida-based conservative think tank, The Foundation for Government Accountability, that would affect food stamps for 17,000 families with children, likely taking away benefits altogether for many of them – without saving our state a dime.  As a mom of two children myself, I can’t stand the idea of sending kids to bed hungry. In fact, I benefited from food stamps for a short time as an infant, when my mother had to leave an unhealthy marriage.  I know that food stamps make the difference for so many families in so many ways. Here’s why I stand with New Hampshire’s working families who rely on food stamps to bridge the gap.

The bill would make it harder for the working poor to qualify for benefits. Currently, when families with children apply, they’re allowed to have gross income up to 185 percent of the federal poverty line, as long as their expenses for things like rent and child care bring their net income below 100 percent of the federal poverty line. It’s a way of making sure that people who have slightly higher income (likely from working) can still get food stamps if their expenses for basic needs leave them in poverty. But the bill would eliminate this option, replacing it with a lower gross income test and adding an asset test too.This would make the application process far more complex for families and for the state workers who administer the program.  Many of the 17,000 families who receive benefits with the current calculations would lose their benefits entirely.  That's up to 17,000 families with children who would lose the benefits that put food on their tables.

What happens next? Cities and towns would feel the burden of families who lose their SNAP benefits.  Families would turn to city and town welfare programs, which are funded by property taxes.  Families would also turn to the nonprofit food pantries like the New Hampshire Food Bank, which opposes the bill and which worries it won't be able to feed everyone (it supplies about half of the food distributed by food pantries around the state).

Top Republicans in the New Hampshire Senate and House support this bill and are ready to cut thousands of children off from the federal program that feeds them.  They don't seem to mind that the bill was written by an out-of-state think tank or that it increases the costs for administering the program.  Most of all, they don't seem to think that working poor families who can't cover all their costs of living ought to get some help feeding their kids.

Is that really what New Hampshire stands for?  Is this what you want to see happen in your state?

UPDATE: We were able to take action to get this bill retained. This essentially means that the bill will not come to the floor this year. The committee will continue to work on this bill, but we feel that their is wide support to remove all of the items related to SNAP. Our work was made a bit harder when this bill was amended to include a workforce program. This new portion of the bill will likely be taken up in the budget discussions. You can find your legislators here: http://www.gencourt.state.nh.us/house/members/wml.aspx and ask that they stop these harmful changes to the SNAP program in NH.

If you are living in another state – watch out – this type of legislation is being proposed all across the country without regard to local realities. This vital lifeline can ultimately lift families out of poverty - let’s make sure we make sure food on their tables.

MomsRising would love to hear your stories – can you share your experience with SNAP? Personal stories make our advocacy more successful – please share if you can!