Missing Mother, Whiteness, and the Search for Justice 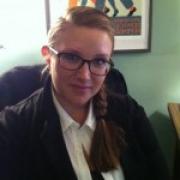 UPDATE: Myranda Southern, a mother from South Carolina whose story is covered in this blog, has been found dead. Our deepest condolences and prayers go out to her family and loved ones. Her family has released a statement thanking the countless volunteers across the country who helped look for her--> https://www.facebook.com/myrandasouthern

This morning I made my toddler chocolate chip pancakes (don’t worry there were pureed veggies and fruit in the batter) and held my six month old tight because my Nanny, with her beautiful garden and delicious cakes, taught me a simple southern truth: feeding people is an act of love. This morning— in the now infamous Sanford, Florida—I needed to feel the weight of their small bodies in my arms, needed to feel the soft texture of their hair, needed to bombard them with every ounce of love I could manage at 6:00 am because my friend,Myranda Southern, is missing and her babies may never eat pancakes made by their momma again.

Wednesday morning I learned from my longtime friend’s mother that Myranda had never made it back home to Florida to pick up her two children who were here visiting for a week this summer. In fact, she missed her eight-year-old daughter’s birthday. This is not like my friend Myranda, a devoted mother to her two children. Her children, like many of us, are her world. We don’t know what would cause Myranda to miss Abigail’s 8th birthday, what could keep her?

What we knew then was that:

I went into activist mom mode. I did what a lifetime of volunteer efforts, church organizations, college organizing, and women’s groups have taught me. I launched a facebook page to organize the efforts of volunteers; I created a flyer, began speaking to the police, found a lawyer willing to work for the family free of charge, and enlisted everyone I knew to help me find my friend. I put people to work and gave grieving friends (like myself) someplace to hurl their energy, sorrow, and anger.

When I began posting about #findmyranda there was no mention of her disappearance. Within twenty-four hours the efforts of online activists caused the local news to pick up the story in South Carolina and within 48 hours the story was being seen in Orlando and featured on websites like thundercloudit. As of this post, our group of activists has been interviewed by Good Morning America and requests for interviews are coming in to the facebook page and our gmail account.

And, while I applaud the work of activists, I still woke up this morning to my babies while my friend’s children are confused and hurting, wondering where their momma is.

As the day went on and we gained more and more attention I couldn’t help but think about the thousands of women across the nation that go missing without out anyone organizing on their behalf. I thought about poor women who are written off, about LGBTQ youth that are abandoned by families, and about the countless victims of partner based violence that are ignored by police.

And, I thought about my whiteness.

I am a white mother helping a white mother. Our story is the story that the media outlets choose to put as the face of injustice and tragedy. And while my friend and her family are working class, without traditional access to resources and familiarity to navigate the complex legal system, I am not. My story and my friend Myranda’s story is steeped in privilege even(especially?) at a time when it feels like the greatest sorrow I have ever known and evenwhen gender based violence may be the cause.

Here are some places to start:

Let us keep telling the stories of missing women, missing mothers, of the impact of violence in our lives…