Lack of paid family leave makes me mad. Like this angry cat.

The fact that only 11 percent of employees in the United States are provided any kind of paid family leave by their employers makes me angry.

Kind of like that angry cat in the picture. 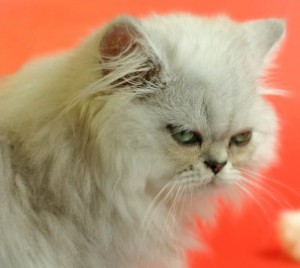 We can change this! For the first time ever, the United States Senate Appropriations Committee has approved a budget bill that includes $5 million to help states develop paid leave programs by providing states with grant money to assist with the planning and start up of state paid leave programs.

Study after study has proven what most of us already know to be common sense: Paid family leave is good for families, taxpayers and the economy.  And yet only 11 percent of employees in the U.S. are provided any kind of paid family leave by their employers. Further, the 20-year-old Family and Medical Leave Act (FMLA) does not cover 40 percent of the workforce, and it guarantees only unpaid leave, which millions cannot afford to take.  No wonder having a baby is a leading cause of poverty spells in the United States.

The good news is that we're starting to see some momentum for paid family leave!

Just hours before the Senate Appropriations Committee voted to include the State Paid Leave Fund in their budget, Rhode Island became the third state to pass a paid family leave law, joining California and New Jersey. Both New Jersey and California are seeing great results from these programs. A 2011 study of the California Paid Leave program showed that most employers found that Paid Family Leave had a positive effect on productivity, profitability/performance, turnover and employee morale.

We need Congress to pass a budget that includes the State Paid Leave Fund so that states will be able to get off the sidelines and begin to create programs like the ones in California, New Jersey and Rhode Island.

And we can put an end to stories like this one from April in Maryland:

“My son was born last year. I was shocked to find out that [company] offered NO paid family leave whatsoever. As the primary earner in my family it was very, very difficult to figure out how to save enough money to take unpaid time off from work. And as a result I am paying off several thousand dollars in credit card debt that was necessary in order to remain at home. I would not doubt that many women fall into a trap of debt and poverty right out of the gate - something that is expensive for all of us.” – April

Together we can end these head/desk moments and be a powerful force for women and families.

P.S. Are you fired up? Help grow the MOMentum for paid leave by signing up to deliver stories to your U.S. Senators’ local in-district office during the August recess. It’s an easy AND powerful way to make a big difference.

***We’ll give you everything you need! action.momsrising.org/signup/PaidFamilyLeave_Augustdelivery/

P.P.S. Get the facts about the current, unpaid, FMLA. Check out this great guide from the National Partnership for Women and Families: http://www.nationalpartnership.org/research-library/work-family/fmla/guide-to-fmla.pdf

[3] Linda Houser, PhD  “Pay Matters: The Positive Economic Impacts of Paid Family Leave for Families, Businesses and the Public,”  A Report for the Center for Women and Work, January 2012