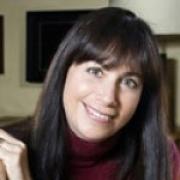 Ronnie Citron-Fink
Share This
Add your voice to the comments

I vividly remember the day my son was born, almost 24 years ago. A fleeting, but frightening thought seeped into my hopes and dreams for my beautiful baby boy—“How will I keep you safe from going to war?” The Vietnam War, with images of killing fields and the gruesome draft was the reality of my younger years.

Our generation of parents has been lucky, killer drafts have not touched our babies.

When my son was 16, one Sunday afternoon we went to the local mall to buy him jeans at the Gap. At the time, he had just gotten his learner’s permit, so I reluctantly handed over the keys and off we went for the 20-minute drive to the mall.

He carefully guided the car into a spot near the entrance to the mall where he didn’t have to negotiate too many rows of parked cars. Easy in, easy out.

Once in the mall, as we approached the doors to the Gap we heard someone yell “shooter” – people started running frantically — all in one direction — away from the sharp sound of gunshots. I made a snap decision to get the hell out of the mall. In a protective gesture, my son grabbed my hand and we ran through the mall as the stores locked down. I noticed there were holes in the new cars that lined the main aisle of the mall — bullet holes. Once we made it out to the parking lot, I almost lost it when I saw parents with babies and children hiding under parked cars. My son handed me the keys and I sped home.

While we made it home safely, nothing was easy about the following days and nights. Bullets may have spared our flesh, but they grazed our psyches, leaving us raw and feeling profoundly unsafe.

Officials stated the 24 year-old shooter had “a “lurid fascination” with the 1999 Columbine shootings.” Friends said he was “dangerously disturbed…the gun was purchased at a local gun show.”

Many of us are summoning up our experiences as parents, teachers, children and even gun owners, as we try to make sense of the most horrific and senseless killing of beautiful innocent children.

My heart has now moved from ache to anger as I read article after article addressing what Nicholas Kristof prescribes here: “The fundamental reason kids are dying in massacres like this one is not that we have lunatics or criminals — all countries have them — but that we suffer from a political failure to regulate guns.”

Politics is a messy business. It’s easy to turn away from the ugly noise that has overcome our political system. It’s easy to let someone else fight the insidious battles over power and money. But this is our fight as mothers…fathers…parents…and citizens.

We must demand that our children are safe from gun violence.

Do you want your children asking their babies, “How will I keep you safe at school, at the mall, in the playground, in the movie theatre, on your college campus,…in our home?”