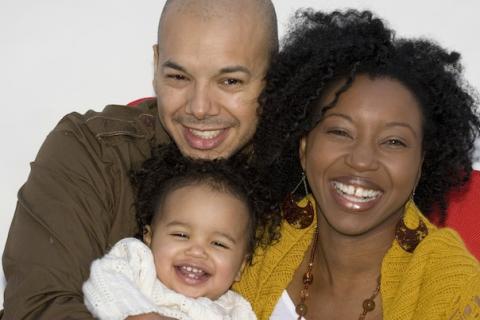 Incensed. Disappointed. Heartbroken. These are just a few words that come to mind when I think of Congress’s latest move against immigration policy reform, which is leaving millions of children and families vulnerable.

It’s outrageous. The U.S. House of Representatives recently passed what members of both parties are saying is a very political maneuver in all the worst ways -- a resolution to file an amicus brief against the President’s executive action on immigration.

**Can you join us and tell the U.S. House of Representatives loud and clear: Don’t use families as political footballs! Moms, dads and families support the President’s executive action on immigration and Congress should, too!

The good news is that the U.S. Supreme Court is expected to take up this politically motivated lawsuit next month. Families in support of the President’s executive action have been standing in front of the U.S. Supreme Court so that the Justices can see that their decision will have a real impact on real people. The lives of millions of children and parents across the country – not to mention our economy! -- hang in the balance, which is why it is so important that our leaders hear from us.

These are families with deep roots and investments in the United States: 69% of DAPA-eligible parents have lived in the United States 10 years or more, while 25% have lived in the U.S. for at least 20 years. Top economists estimate that, conservatively, the DACA and DAPA programs would add $90 billion over the next ten years in an expanded labor force and an increase in revenues from payroll taxes. Programs such as these also help breadwinners to provide for their children. Researchers have found that the DAPA program alone would reduce poverty and increase a family’s income by 10 percent.

Both programs were supposed to start almost a year ago. But a number of governors and attorneys general challenged Obama’s Executive Action by bringing a politically motivated lawsuit against it.

Legal scholars say this politically motivated lawsuit against Obama’s Executive Action for immigrants has no legal merit. Tell Congress to stop standing in the way of fairness!

In fact, 135 scholars and professors of immigration law in the U.S., including Washington University Law Professor Stephen Legomsky, one of the country’s top immigration legal scholars who is regularly called for testimony in Congress and by national media, have noted that not only does the President have the power to enact this Executive Action, but previous presidents have implemented their own Executive Actions which likewise were completely within their legal authority.

In spite of this, those who filed the lawsuit have thrown in a politically motivated delaying tactic. Every day that executive relief isn’t implemented, over 5 million children, the vast majority of whom are U.S. citizens, live in fear of being separated from a parent at the same time we are still without a legal process, or even a line to stand in, for immigration. It’s flat out unfair.

*Please sign on to join us in urging the U.S. House of Representatives: Don’t use families as political footballs! Moms, dads and families support the President’s Executive Action on immigration & Congress should, too!

And, after you sign on please post the action link on Facebook, Twitter, and invite friends and family to sign on, too. The more of us who sign on, the bigger the impact we’ll have together. So please share with (at least!) five others so they can sign on to our open letter to the U.S. House of Representatives as well. Your voices will indeed make a difference.