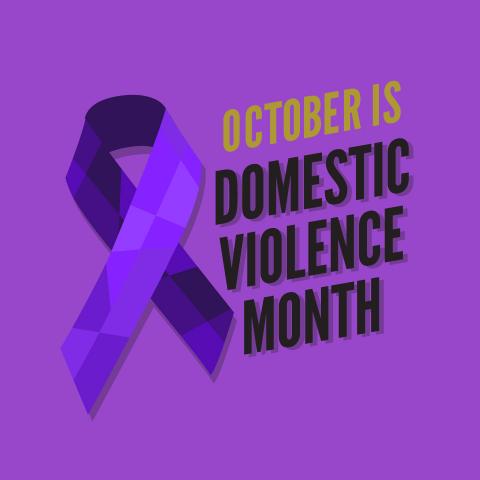 It's National Domestic Violence Awareness Month. As the National Network to End Domestic Violence says, "Domestic violence thrives when we are silent; but if we take a stand and work together, we can end domestic violence." Part of working together means shining a spotlight on policy changes, enforcement, and agreements that help victims of domestic violence stay safe or move forward. To that end, we're sharing today's press release from the US Department of Housing and Urban Development on its conciliation agreement with Norristown, PA. Read on to learn how those facing domestic violence may be protected from eviction thanks to the agreement.

The U.S. Department of Housing and Urban Development (HUD) announced today that is has reached a Conciliation Agreement with Norristown, Pennsylvania, settling allegations that the municipality violated the Fair Housing Act when it enacted ordinances that held landlords responsible for evicting tenants cited for "disorderly behavior," including domestic violence incidents, or risk being fined or losing their rental license. Norristown's City Council subsequently repealed the original law but passed a similar ordinance that same day which called for charging landlords mounting fines for tenants that display disruptive behavior.

The Fair Housing Act makes it unlawful to evict an individual because of race, color, national origin, religion, sex, disability, or familial status. In addition, the Violence Against Women Act provides legal protections for victims of domestic violence, including protections against eviction in certain cases.

"It's discriminatory to deny housing to a woman for violence committed against her. To face discrimination, on top of domestic violence, only compounds the injustice," said Gustavo Velasquez, HUD's Assistant Secretary for Fair Housing and Equal Opportunity. "The Department will continue to educate municipalities about their responsibility to uphold laws that protect the housing rights of survivors of domestic violence."

The agreement is the result of a Secretary-initiated complaint that HUD filed alleging that Norristown discriminated against women when it enacted two similar ordinances that held landlords responsible for their tenants and encouraged them to evict tenants cited for "disorderly behavior" or risk being fined or losing their rental license. Several tenants were cited for disorderly behavior that included calls to police for domestic disturbances. In one case, a female tenant was cited for disorderly behavior three times stemming from three instances when her ex-boyfriend forced his way into her unit and assaulted her. The third instance resulted in the tenant being airlifted to the hospital after being stabbed by her ex-boyfriend. The tenant's ex-boyfriend was charged with assault and other charges and incarcerated, yet the tenant received the third citation for disorderly behavior, causing Norristown officials to pressure her landlord to evict her.

Under a settlement with the ACLU, Norristown repealed the revised ordinance, removing any potential actions against survivors of domestic violence, and paid $495,000 toward a named victim.

Under the terms of this agreement with HUD, Norristown must now publish a notice of repeal of its ordinance in the local newspaper; offer fair housing training to city and public safety officials; print and distribute a fair housing rights brochure that specifically encourages all tenants to call the police when they are in need of help; and work with a local domestic violence advocacy group to develop and promote an annual community service day or other activity to raise awareness of domestic violence.

Public and federally-funded housing providers already must comply with the Violence Against Women Act and HUD regulations that provide protection for victims of domestic violence.

Persons who believe they have experienced discrimination may file a complaint by contacting HUD's Office of Fair Housing and Equal Opportunity at (800) 669-9777 (voice) or (800) 927-9275 (TTY). Housing discrimination complaints may also be filed at www.hud.gov/fairhousing or by downloading HUD's free housing discrimination mobile application, which can be accessed through Apple devices, such as the iPhone, iPad, and iPod Touch.