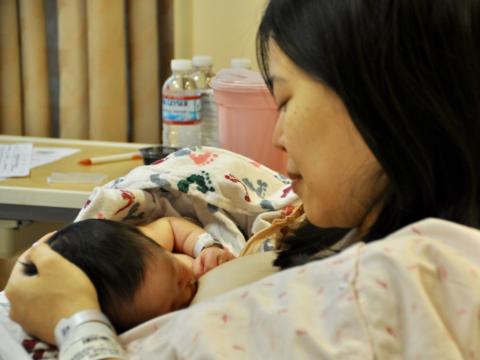 To-wen Tseng
Share This
Add your voice to the comments
It is National Breastfeeding Month and I was just in an Asian Breastfeeding Task Force kick-off meeting last week. Healthcare providers in Los Angeles and Orange County came together and formed this task force because they feel it’s clear that there are special and unique cultural and education issues when working with the population and breastfeeding practices.
Los Angeles County is home to the largest Asian American population in the US. In 2015, 2/3 of the babies born in Garfield Hospital and half of the babies born in San Gabriel Valley Hospital were Asian, according to data from AHMC medical group. Garfield and SGV are the two of the largest hospitals in Los Angeles County. Also according to the hospital data, most of the mothers were first generation immigrants. Their parenting style is deeply rooted in their culture.
I was born and raised in Taiwan. I was not breastfed. Growing up in the 1980s I’ve never seen or heard of anybody breastfeed. Of infants born in 2013 in China, 20.8% were breastfed at 6 months and 11.5% were breastfed at 1 year of age, comparing with 49% were breastfed at 6 months and 27% at one year in the US.
Merely two generations ago, Asian mothers did breastfeed. But aggressive infant formula marketing changed everything.  UNICEF’s Baby Friendly Hospital Initiative is not adopted in China. WHO’s International Code of Marketing of Breastmilk Substitutes was adopted by the Chinese government in 2011 but not enforced. In 2013, CCTV exposed how infant formula companies bribe doctors and nurses to force formula on parents in order to hook the babies to specified branded formula. A CCTV reporter who went undercover posing as a mom at a hospital in Tianjin was told on camera, “You are not allowed to feed your own baby.”
Back in Southern California, high percentage of foreign born Asian patients brought new challenges. Hospital staff found that some Asian mothers believe that “US formula is best, even better than breastmilk.” Many Asian mothers bring to hospital their nannies and family members who often encourage formula usage so that the moms can rest. On top of all these, there is language barrier and the trend of “birth tourism”—Asian, mostly Chinese, moms travel to the US for the purpose of giving birth.
In spite of the obstacles, nursing staff want to encourage Asian moms to breastfeed. They found that prenatal education is very important because it’s hard to persuade mothers to breastfeed after the birth if the mother doesn’t have any prior breastfeeding knowledge. Participants at the kick-off meeting decided to bring more Asian community leaders to the table and reach out more to the community.
The good news is, the younger generation of Asian mothers are aware of the benefits of breastfeeding and actually want to breastfeed. A medical staff from one of the Los Angeles hospital shared her experience at the meeting,
“Last year a young Chinese mother reported that our nurse gave her baby formula without her permission. When I questioned the nurse, she explained that it was the grandma asked for formula, and since the mom is of Chinese background, she assumed the family wants formula. But it turned out the mom actually wanted to exclusively breastfed.”
The incident tells a lot. The younger Asian generation is changing and it encourages the healthcare providers to reach out to them. The task force is a good start.