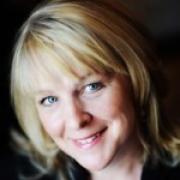 Jody Thompson
Share This
Add your voice to the comments

What happens when Wall Street tries to give “flexibility” to their overworked employees?

Something so ridiculous and astonishing, you’ll wonder if it’s straight out of the front page of The Onion.

Something taken right from our speaking engagements when we give examples of the crazy things employers do to avoid getting clear about actual results.

Last week Goldman Sachs announced a new “Saturday Rule” for junior bankers. The rule goes something like this:

Get your butt out of the office by 9pm Friday night and don’t come back until 9am Sunday. Anyone caught working on Saturday, or assigning work that is due on Saturday, will be punished.

The actual policy and list of rules goes on, but that is the gist of it. The rules were put in place by the “junior banker taskforce” to help relieve some of the stress that comes with putting in the 100-hour work weeks that are typical of Wall Street firms.

A few more juicy highlights from this madness:

This, everyone, is how much “flexibility” Goldman Sachs is giving their employees now.

Flexibility to work and not work exactly when they say so.

Flexibility to know that they’ll be punished if they touch anything work-related on a Saturday, even if that’s the most productive and efficient time to get things done.

When a strict command and control culture tries to loosen the reins a bit, but they don’t want to address real issues surrounding corporate workplace culture, this is what happens: A long list of rules and more control under the guise of Flexibility.

Not surprisingly, the employees are wondering if this rule is actually for real.

"...A week in, the rules seem to have created more questions than relaxation. Several current and former banking analysts said they weren't sure if the new weekends-off rules were meant to be taken seriously, or if they were just a publicity stunt that would be ignored in practice. They also have questions about how the rules will be enforced. Will those who obey the rules and take Saturdays off be punished when it comes time to pick bonuses and promotions? Will senior bankers just stuff a weekend's worth of work into Sundays?" [my emphasis]

Employees don’t trust it. They still think (because they’re programmed to think this way) that if they do follow this rule and stop working on Saturdays, maybe just maybe they’ll get punished for it come bonus and promotion time.

This is what happens when “putting in your time” is still the most valuable currency in the workplace. And when, instead of getting clear on what actually needs to be achieved and managing that, an organization feels the need to figure out your life for you.

Tip for Goldman Sachs: Forget the Saturday Rule. Establish clear goals with objective measures and open the door for your employees to figure out how, when, and where to achieve them. Manage their performance, not how often you see them, how often they take vacation, or how many hours they’re working - you’d be surprised how a 100% autonomous and 100% accountable environment naturally creates the work-life balance you’re (allegedly) trying to foster. It’s not your job to manage lives; it’s your job to manage results.

So...what do you all think of this new rule at Goldman Sachs? Start the conversation in the comments below!