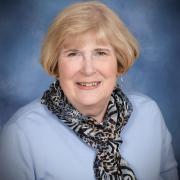 Pat Buck
Share This
Add your voice to the comments

Being a grandparent is a joy!  You get the perks of bright eyes and giggles, along with the rush of pride to see your own child mature into a parent.

In 2001, I was “Grandma” for two absolutely darling children, a girl age 5 and a boy age 2.  Then the unthinkable happened – my grandson became sick with what we thought was a minor episode of vomiting and diarrhea, but for Kevin, it became a life-threatening infection when the bacteria, E. coli O157:H7, entered his bloodstream.  He developed hemolytic uremic syndrome (HUS) and within ten days of the diagnosis, he was dead.

In the immediate aftermath of Kevin’s death, I felt totally overwhelmed.  Besides the ugly memories of the sights, sounds, and smells of my grandson’s twelve- day struggle with E. coli O157:H7, I had to deal with watching my own child and her spouse endure unspeakable anguish, while calming the fears of my young granddaughter.  And then there were my four other children, plus their spouses, and my husband – for all of us, Kevin’s agony and death was a sorrow beyond anything we had ever experienced.

About six months after Kevin’s death, I became active in raising awareness that foodborne illness is a serious disease, not just a tummy ache.  What I have learned over the past nine years about our food supply and the potential for contamination has made me realize that raising awareness is not enough.  We desperately need to improve legislative authorities and dedicated funding for our federal food oversight agencies if we want stronger protections from deadly pathogens, like Salmonella, E. coli O157:H7 and Listeria monocytogenes.  We simply cannot afford to wait any longer to upgrade our food safety infrastructures. Using the same approach to food safety as we used in 1938, the year that the law was last updated in terms of food safety  is foolish – way too much has changed in food production to continue with outdated laws and practices.

Starting in January 2009, after the Peanut Corporation of America’s Salmonella outbreak, several groups came together to work on improving food safety at the federal level.  The resulting U.S. House of Representatives’ legislation was passed with bipartisan support in July 2009.  A similar bill was introduced in the Senate, and like the House bill, it has bipartisan support.  Unfortunately, the Senate bill, S. 510, has suffered one delay after another and has not yet been brought to the floor of the Senate for a vote.  Time is now running out and the Senate needs to vote soon – otherwise, we will not be able to pass food safety legislation in the 111th Congress.

S. 510 is a thoughtful piece of legislation, so why the continued delay? Some small farmers and food processors are concerned that any new safety requirements will be overly costly and burdensome.  However, S. 510 includes provisions to make the bill’s provisions scale appropriate in order to protect small businesses, while offering much needed improvements for America’s food safety systems.  Opponents of the bill are very vocal about their fears that “big government” will ruin their enterprises; those in favor of the bill are very concerned that maintaining the status quo will result in more illness, injury and death from foodborne diseases.

I believe strongly that food should be safe, whatever its source.  I also believe that broad exemptions will seriously undercut important food safety measures in the bill at a time when we actually need stronger protections, not weaker ones.  I realize that enacting food safety legislation is not an easy task, but the time to act is now.  Waiting longer for important legislative reform is unacceptable.  It is unfair to the thousands of individuals who are at high risk for developing serious foodborne disease – they and their families deserve better.