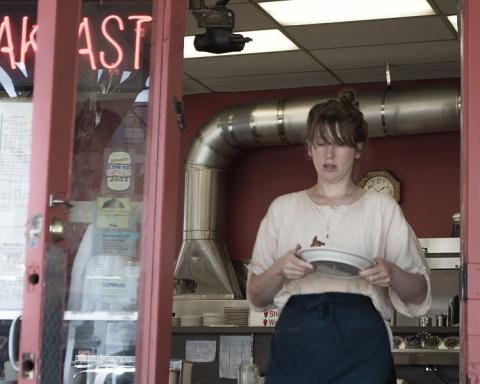 Boosting Economic Mobility through the EITC

This post, authored by Rachel West, Rebecca Vallas, and Melissa Boteach, originally appeared on TalkPoverty.org. The Earned Income Tax Credit boosts economic mobility; it helped more than 3.3 million children avoid poverty in 2012 alone. TalkPoverty.org is dedicated to demonstrating that we know how to dramatically reduce poverty; we just need to build the political will. Make sure to like TalkPoverty on Facebook and follow us on Twitter!

The Earned Income Tax Credit (EITC) is one of our nation’s most effective anti-poverty programs, helping more than 6.5 million Americans—including 3.3 million children—avoid poverty in 2012. The EITC also has the rare distinction of being regularly showered with bipartisan support—no small feat in a historically gridlocked Congress.

In addition to reducing financial hardship in the near term, extensive research shows that the EITC is also an investment in the future health and wealth of our nation. For example, a more generous EITC substantially reduces the incidence of low birth weight, a key indicator of both infant health and later-life outcomes. Recognizing these benefits, lawmakers made important improvements to the EITC under the American Recovery and Reinvestment Act of 2009, including boosting the credit for married couples and larger families. These improvements should be made permanent before they expire in December 2017.

In a new Center for American Progress report, we offer new ideas to build on the EITC’s success, strengthening the credit in order to increase economic mobility. In addition to boosting the EITC for childless workers—a recommendation that has been embraced by Democrats and Republicans alike—and lowering the age of eligibility (currently 25) to include younger workers without children, we propose making the EITC a gateway to higher education and training through the Pell Grant program. We also propose an “Early Refund” option which would allow workers to receive a portion of the earned credit in advance of tax-time, lessening the need to turn to predatory payday loans in order to make ends meet. Finally, we recommend that strengthening the EITC should go hand in hand with raising the minimum wage in order to maximize the effectiveness of both policies for low-income working families.

Sharron, a bus driver in Montgomery County, Maryland, volunteers at her local Volunteer Income Tax Assistance (VITA) site and knows first-hand how important the EITC is for struggling families. For low-income single parents with children, for example, the EITC can boost earnings by as much as 45 percent. For someone like Sharron, however—working full-time at minimum wage, but without dependent children—the estimated EITC next year will be just $22. If the EITC were boosted for childless workers, her credit would increase to about $542.

In addition, Sharron recently suffered an unexpected loss of income. A few weeks ago, she was transferred by her employer, and her work is on hold while the transition takes effect. As of last week she was still waiting, with no paycheck, and very little money left in her bank account. She doesn’t know what she’ll do if she has to wait much longer.

For workers like Sharron, financial shocks don’t wait until tax time. When faced with an unexpected drop in income, a medical bill, or a broken-down car, many low-wage workers are forced to turn to payday lenders for immediate financial help. But the triple-digit annual interest rates that these lenders typically charge can quickly turn a small loan into a vicious spiral of debt. To help workers like Sharron avoid these predatory loans and make ends meet, we propose an “Early Refund” option of up to $500.  While that might seem modest compared to an average EITC of $2,335, it exceeds the size of the typical payday loan, which is $375.

Weathering emergencies isn’t the only reason to allow workers to access a portion of the EITC they have earned prior to tax season. A shortfall of cash may prevent families from making beneficial investments in their own future. A required training course for a new job, a summer math camp for a talented child—these are small expenditures today that pay significant dividends tomorrow. But these opportunities for advancement are often no longer available come spring when a family finally receives its EITC.

The EITC could be bolstered as a tool for economic mobility in other ways as well. Individuals who receive federal assistance through the Supplemental Nutrition Assistance Program (SNAP), Temporary Assistance for Needy Families (TANF), and several other types of public benefits are automatically eligible for the maximum Pell Grant; we recommend automatic eligibility for EITC recipients as well. This would streamline the process for receiving federal aid for higher education and training and put educational advancement within reach for more low-income workers and their families.

Strengthening the EITC to promote financial security, encourage savings, and increase access to education and training would not only increase its effectiveness in combatting poverty, but also create new pathways to the middle class.