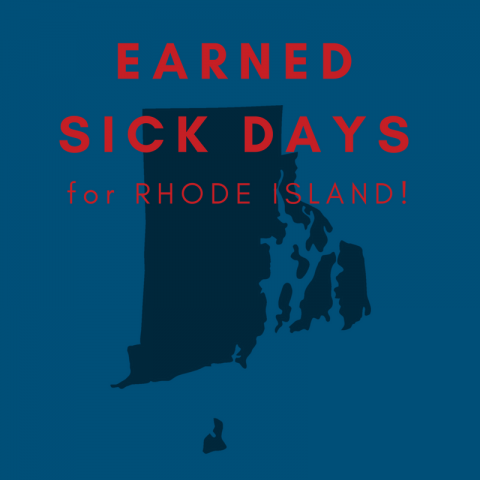 Before It's Too Late: Earned Sick Days for Rhode Island!

The clock is ticking! We only have a handful of days left to make sure the Rhode Island state legislature passes the earned sick days bill this session!

Thanks to Rhode Islanders like *you* speaking up for this family and economy-boosting policy, the RI Senate is holding a floor vote on the Healthy and Safe Families and Workplaces Act TOMORROW.

Right now, 41% of workers in Rhode Island can’t earn a single paid sick day to care for themselves, their child, or another loved one when illness strikes. That’s not okay because for an average family without paid sick days, just 3.5 days of missed work due to a cold or the flu is the equivalent to an entire month of groceries.

The Healthy and Safe Families and Workplaces Act would be a critical lifeline for thousands of families because it would allow workers at businesses of 11 or more employees to earn up to 32 hours of paid sick leave and safe leave (which covers absences related to domestic violence or sexual assault) the first year of implementations — and up to 40 hours in later years.

This can be the difference between keeping and losing a job, paying or missing rent. Dozens of cities and states – including Connecticut, California, Massachusetts, Oregon, Vermont, Washington, and Arizona – have already embraced this common sense policy and they have seen no negative impact on jobs or the economy. 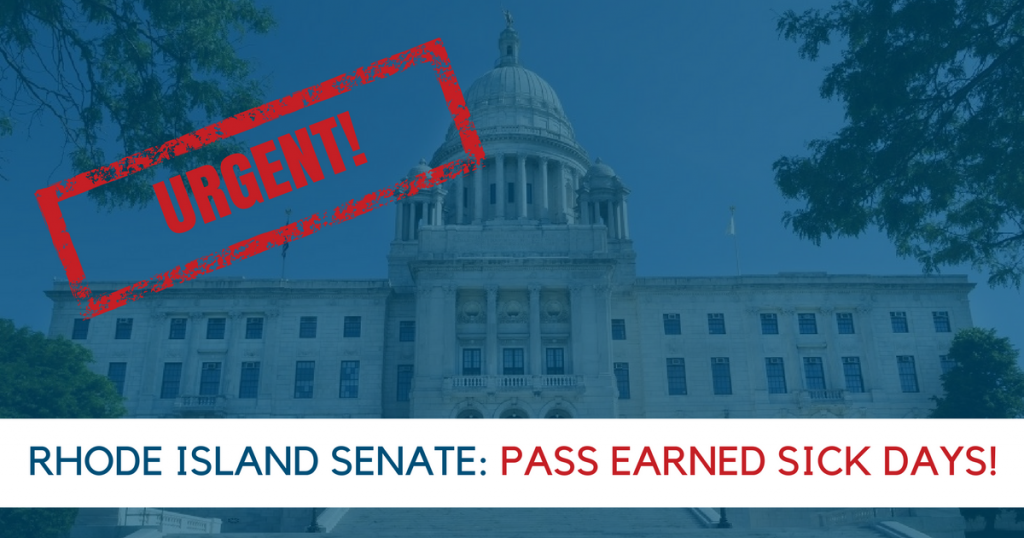 We want Rhode Island to be a state where no parent has to make the impossible choice between staying home with a sick child – and losing a day’s pay or even their job – or sending their little one to school sick so that they can keep food on the table and make ends meet.

Jennifer, a MomsRising member in Tiverton, RI is too familiar with this impossible choice:

“I work 3 part-time jobs. I am in this position due to the lack of full-time work available. If my children or I are sick, I have to lose income and struggle to pay bills, buy food, clothing and keep my mortgage afloat. Please help!”

Earned sick days are a win-win-win for families, businesses, and the economy! They reduce turnover costs, boost workplace morale, and help stop the spread of illness among workers. In fact, employees coming to work sick because they don't have access to paid sick days costs the national economy $160 billion annually because of lost productivity.

Together, we’re a powerful force for Rhode Island women and families.