A Wish for the Holidays 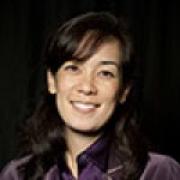 Chris Harley
Share This
Add your voice to the comments

Do you have a wish for this holiday season? I do. I wish that all families can stay together. That’s why I’m participating in A Wish for the Holidays, a campaign to gather 5,000 letters from kids asking our nation’s leaders to ensure that families stay together.

For me, holidays all boil down to spending time with my large extended family. Honestly, I don’t know how we all crowd into my Gramma’s 2-bedroom, one-story home, but most holidays, we manage to all squeeze in and enjoy a crazy day full of laughter, teasing, eating, and sharing. Like that one Christmas, when an innocent game of White Elephant gift exchanging turned into a chase around the house as my Aunt attempted to reclaim a new movie from her nephew.

In total, there are roughly 60 of us, including grandparents, aunts and uncles, kids, and great-grandkids. We come from all different backgrounds, religions, political views, and walks of life. We’re also a uniquely mixed-race family full of boisterous personalities. And every time we get together, despite all of our differences, I know that we embody the value of what it means to be a family.

This is why it breaks my heart to think of families and children who will spend this holiday season missing those who aren’t there with them. Recently, the We Belong Together effort led a delegation of women leaders to Atlanta, Georgia. Our goal was to listen to the experiences of women and children in Atlanta who have been impacted by Georgia’s new “papers please” law. This law makes it a state crime for an undocumented immigrant to live in the state and allows law enforcement to ask for documentation of anyone they “suspect” of being undocumented. The overarching fear from this, and similar state laws, is the risk of widespread racial profiling and abuse. So we went to Georgia to hear what was happening, and the stories we heard were heartbreaking.

Alicia spoke about her daughter, who suffers from a condition that causes her to have convulsions since she was one years old. Since Alicia doesn’t have a driver’s license, she only risks driving when she must rush her daughter to the hospital. Can you imagine what it means to be a mother whose only thought is to make sure her child is safe, and the most dangerous thing she can do is to risk driving to the hospital because if she were to be stopped by the police, she could be arrested and separated from her child?

Another woman, Claudia told us about the extreme abuse that her husband subjected her and her son to. Once he even chased them around their neighborhood with a knife until a neighbor called the police. Yet, because Claudia doesn’t have the right documents, she was deported and forced to leave her son with his abusive father until she could make her way back into this country and reclaim him. Can you imagine her terror and her son’s fear during that year of separation?

Unfortunately, we now know that those stories are no longer isolated incidents. The recently released “Shattered Families” report documents just how devastating the impacts of enforcement-only immigration policies have on families. There are now at least 5,000 children in the American foster care system who are being prevented from being reunited with their detained or deported parents and this number is expected to exceed 15,000 in just five (5) years. Moreover, Immigration and Customs Enforcement (ICE) detention obstructs the ability for parents to participate in Child Protective Services’ family unification plans, and can result in detained parents actually losing their parental rights.

Are these the “family values” that we want this country to embody? What happened to caring about the children, who are our future?

We need to tell our country’s leaders that these policies, that tear families apart and leave children alone, isolated, and separated from their parents – who only wanted them to have a brighter future -  that these policies don’t work. That’s why We Belong Together has launched the “A Wish for the Holidays” campaign where we are asking our kids, our future, to tell today’s leaders to keep families together! Our goal is to collect 5,000 letters that can be delivered on Human Rights Day, to elected leaders in DC and remind them that it’s the holidays, and families belong together.

Please help us collect letters from children and youth.  Go to WeBelongTogether.org/wish, pledge to write letters, and then get started using the tools available online.  Remember that letters need to be mailed in by November 30.

Thank you and happy holidays!

We Belong Together is an initiative of the National Domestic Workers Alliance, the National Asian Pacific American Womens Forum, and others, to bring attention to the ways in which unjust immigration laws affect women, children and families.