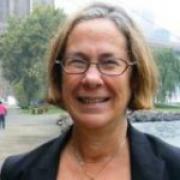 Sherry Leiwant
Share This
Add your voice to the comments

My name is Sherry Leiwant and I am Executive Director of A Better Balance: The Work and Family Legal Center. We are a legal advocacy organization working to improve the workplace so that workers can care for their families without sacrificing their economic security and we have focused heavily on paid leave as an important issue for women and families.

Paid sick days is a national movement that began with the realization that there are millions of workers in the US who lack even one single day they can take off from work if they or a family member is sick. This is a worker’s rights issue, a public health issue but most of all for us it’s a women’s and a mother’s issue. With half the workforce female, mothers in the workforce need to know that if their child is sick they can take time off from work to care for that child. No mother should ever have to choose between her job and caring for her child, but because of the lack of time off for workers and the lack of recognition that sick time needs to be available to care for family members, that is a position that working mothers are put in every day. We want to change that.

To date, three municipalities have passed paid sick days bills – San Francisco, Washington DC and Milwaukee. I'm writing this post today to talk about the efforts here in New York City to pass the Paid Sick Time Act. This bill was introduced almost exactly a year ago by City Council member Gale Brewer and has a veto proof majority of 36 co-sponsors. The bill has already had two hearings and we have done countless studies for the need for the bill. We want to make a push to bring this bill to a vote. And we very much want your help.

Our opponents have realized that saying they’re against paid sick leave makes them look and sound pretty bad. So instead of opposing the concept of paid sick time altogether they have focused on opposing the details and opposing this bill. And we have heard from every major business sector in New York City – large businesses, small businesses, restaurants, non-profits, retail -- that they are not against paid sick days, they just feel that any bill passed shouldn’t apply to them.

Because the details have come under fire, I want to talk briefly about the contents of the bill so you’ll understand it. First and foremost, I want to say that both the sponsor and the coalition have met extensively with all groups including countless business groups and changes have been made to the bill. But we do have two bottom lines that I just want to make clear: one is that the bill must apply to all workers and the other is that the bill must apply to family members as well as the worker.

Here is an outline of the bill:
· Number of days required
o Paid sick time is earned or accrued based on hours worked.
o Accrual is one hour paid sick time for each 30 hours worked.
o Accrual begins at commencement of employment but sick time cannot be used until employee has worked for 90 days.
o The maximum time off required under the bill is 40 hours a year for those in businesses with fewer than 20 employees and 72 hours a year for workers in businesses with 20 employees or more. This amounts to approximately 5 and 9 days for a 40 hour work week, respectively.
o Employers are never required to provide more than 5 or 9 days, as applicable, to be used within the year.
o Employers can give more leave and are encouraged to do so.
o Employers do not have to change their policies if they have a paid time off or a vacation policy with the same amounts of time and conditions of use.

· Use
o For an employee’s own mental or physical illness or diagnosis or preventive medical care.
o For an employee’s need to care for the illness of a spouse, child, parent, grandparent, domestic partner.
o If school or business is closed due to a public health emergency.

· Administration and Enforcement
o Employers do not have to change their bookkeeping practices to comply with the bill.
o Posting and notice to employees required.
o Reasonable notice of foreseeable leave may be required.
o Bill contains protections against potential abuse; documentation may be required for leave of more than 3 days.
o Discrimination and retaliation for taking sick leave prohibited.
o Administrative procedure for complaints authorized (agency to be determined).
o Administrative penalties against employers in violation (agency to be determined) authorized.
o Judicial action authorized.

Thank you to all of you who have taken the time to show interest in this issue. We want to reiterate this is an important women’s issue and mothers' issue. We hope you will help us demonstrate that by tweeting @ChrisCQuinn today on #paidsickdays and reporting on developments as we seek to bring this bill to a vote in the New York City Council.