Will Mothers Be the Champions of Gun Control? 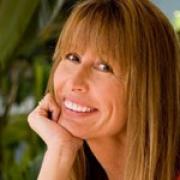 This story originally appeared in Mamiverse.

As I listened to the State of the Union address last week, I was not surprised that so many parents, myself included, tweeted and Facebooked in solidarity with Obama’s closing words. Yes, the parents of those children deserve a vote, the victims deserve a vote, and our own kids deserve a vote in Congress in favor of tougher gun control legislation.

While many are advocating for greater safety measures in schools—increased police or security guard presence, armed teachers and the like, the idea that schools should be converted into armed bunkers is distressing to me, and I’m sure, to most mothers. Would I feel safer if my kids’ teachers carried guns? No; I’d be terrified that one of the students could have access to them. Or that a teacher may go through a trying time or untreated mental illness and end up pulling the trigger on herself or…her students. If teachers or any other staff were allowed to carry a weapon in school, I’d pull my kids out the very same day.

The comparisons I’ve seen online—teachers in Afghanistan holding rifles—are preposterous. We are not in a war zone. And as for the right to own a gun to defend ourselves at home—we hear periodically about a parent who mistakenly shoots his own child, believing him to be a burglar, when he was simply a teen sneaking in way past his curfew. In 2010, 134 children ages 0-19 years died in shooting accidents in the home, and nearly 3,000 more were treated for firearm injuries in emergency rooms across the country.

Those defending the Second Amendment right to bear arms seem to forget that statutes and laws—as well as mindsets—need to evolve to keep up with the times. We didn’t used to have mandatory seatbelt laws, but now few would argue that these laws keep us and our children safe. There were once laws that dictated that blacks and whites could not inter-marry, or even sit at a lunch counter together. We’re ashamed of these laws now, and rightfully so. There were once laws that prohibited women from voting. Thank goodness that’s changed.

And now, a new report suggests that women voters—mothers, wives and daughters—may be decisive in the future of gun control in the U.S. A new poll of women voters, many of whom do not normally vote in midterm elections, indicates that women overwhelmingly support stricter gun laws, including universal background checks, and greater access to care and counseling for the mentally ill. Recent shootings in Aurora, CO, in Newtown, and the nearly-daily rate of shootings across the country have them motivated to vote. And according to at least one moderate Republican, politicians who align themselves with the increasingly out-of-touch NRA are likely to pay for it in the 2014 midterm elections.

An article in The New York Times states that some of these pro-gun lawmakers are at least open to reducing the size of magazines in automatic weapons—from 30 rounds to a maximum of 15 to 20 rounds. Whew, what a relief! That means that perhaps instead of 20-30 people being killed in an instant, if the person wielding the semiautomatic rifle is a reasonably good shot, he might only kill 10 or 15. Of course I am being facetious. I still don’t understand why anyone would need to own a high-capacity semi-automatic weapon unless he is living in a war zone.

I’m pretty open minded, but I fail to understand how those anti-gun control advocates can scream for their “right” to defend themselves without realizing that widespread gun ownership limits the rights and freedom of all Americans. It curtails the freedom to express oneself, for fear that someone who disagrees with you will pull out a gun and shoot you. It keeps us from asserting ourselves, for fear that someone with a massive case of road rage is going to shoot us for taking his parking spot. It causes us to fear sending our kids to school, or our daughters out on a date, because we all live in terror of that dreaded call…that something horrible, unthinkable and irreversible has happened…just like at Sandy Hook Elementary in Newtown. A gun (or an arsenal) in the hands of every American—which seems to be the goal of the gun lobby—does not make us free; it makes us prisoners.

Were it up to me, I would ban all guns except those in the hands of trained law enforcement and military professionals. I don’t want guns anywhere near my children. I don’t want my girls to play at the home of a friend whose parents keep guns in the house. I don’t want to walk with my kids into a grocery store, a mall, or a public library and wonder who may be packing a concealed weapon and who’s about to snap. And I bet I’m not the only mother who feels this way. The question now is, what are we going to do about it?