Will Congress Be the Grinch that Stole Christmas? 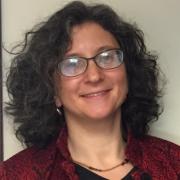 Elizabeth Lower-Basch
Share This
Add your voice to the comments

This time of year, many are planning their Thanksgiving menu and visits with family over the holidays and New Year. But a huge number of Americans are facing a much colder holiday season. Unless Congress acts now, two million workers will find it difficult to even put food on the table once their federal jobless benefits expire at the end of this month. Nearly 800,000 workers will have their benefits cut off the first week of December, with the rest following soon thereafter.

Congress should also act immediately to restore the TANF Emergency Fund, which states used to provide subsidized jobs, mostly in the private sector, for nearly 250,000 otherwise unemployed parents and youth. States also used the Emergency Fund to cover the costs of rising caseloads, to help families stave off crises and to help non-profits that address basic needs (such as food banks) to meet the rising demand for services.   This program expired on September 30th. Many states ended or scaled back their programs, but some have extended them temporarily; these programs are now at risk.

With the midterm election behind us, Congress has to get real about the data and act to help the millions barely treading water.  In August 2010, 3.2 million jobs were open and 14.9 million unemployed.  Recent projections show that unemployment will remain high through 2011, and we're still three years away from pre-recession rates.  Congress should extend both unemployment insurance and the Emergency Fund for a full year.

It's not just unemployed workers and low-income families who will be hurt if these programs are not extended.  Cutting off benefits will have a ripple effect on grocery stores, landlords, and yes, toy stores.    Federal jobless benefits havenever been cut when the unemployment rate is so high.  The American public overwhelmingly understands that the economy is still rotten and families are suffering for no fault of their own.  Now it's time for Congress to show that their hearts are not two sizes too small.

Cross posted from the CLASP blog.