Why Women Should Care about Expanding Background Checks 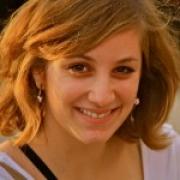 Rebecca Silverman
Share This
Add your voice to the comments

When Zina Haughton obtained a restraining order that prohibited her physically abusive husband from purchasing a gun, she thought she was safe. But despite the court order, Mr. Haughton purchased a gun from an online private seller. Not long after, Mr. Haughton shot and murdered Zina and two of her colleagues.

Unfortunately, stories like Zina’s are not foreign in cases of domestic abuse. Data shows that more than half of women murdered with guns in the United States are killed by intimate partners, and more than half of mass shootings are acts of domestic or family violence. A 2010 report by the Violence Policy Center found that female intimate partners are more likely to be murdered with a firearm than all other means combined.

While polls show that 90% of Americans support universal background checks on those attempting to purchase guns, a bill in the Senate calling for the expansion of background checks failed 54-46 this past March. This means that due to loopholes in current laws, many domestic abusers can still access firearms through private and unlicensed sellers.

As advocates against domestic abuse, Jewish Women International (JWI) believes that Congress needs to expand the background check system to keep guns out of the hands of dangerous people. To that end, JWI continues to pressure Congress to:

It’s time to prevent domestic abusers from putting women in danger.  It’s time to strengthen gun control laws. It’s time to work towards making this country a safer and more secure place for women, their families, and their communities.

You can find more information and resources here about JWI’s work on gun violence prevention.