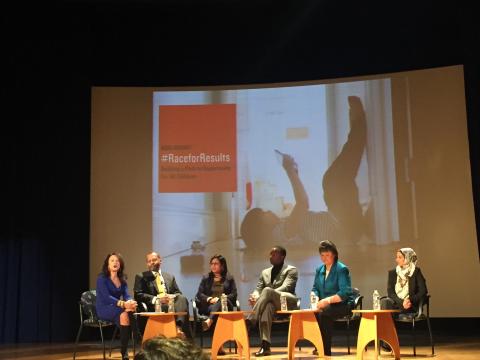 Why We Need to Protect Undocumented Parents

Last week, the Annie E. Casey Foundation (AECF) released their 2017 Race for Results report. The report this year takes a close look at immigrant families, and there is one finding that the executive leadership of AECF repeatedly emphasized during their release event: if we want immigrant children to succeed, we must work to keep their families together.

Recently with the Trump Administration ending DACA, there has been much discussion about the importance of passing legislation that protects undocumented youth and young adults whose parents brought them to the United States when they were young children. Often, the rhetoric describes the undocumented youth and young adults as victims, while portraying the parents as people that made poor life decisions. However, it’s important to note that many parents risk their lives and bring their children here in order to provide them with better opportunities in life.

While the DREAM Act is a great start for addressing immigration reform, it is crucial that we include undocumented parents in reform as well. Because if we only reform immigration laws for DREAMers, the research shows us that they won’t thrive if their families aren’t by their side. Children’s concerns about the government deporting their parents are filling them with stress and anxiety. According to AECF, this “‘toxic stress,’ imped[es] the ability to learn and develop social skills while posing long-term health consequences.” If we truly want children DREAMers to succeed, we must ensure that their entire family has the ability to succeed.