Why Did Raymond in the 5th Grade Need Bullets? 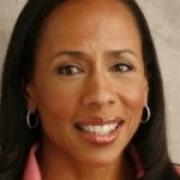 Gina Carroll
Share This
Add your voice to the comments

Raymond is suffering from depression. He doesn’t know that he is depressed. He is 11-years-old and in the 5th grade. He only knows that he is tired of feeling this way. He has no friends with whom he can be himself. School is too hard. His parents only accept “A”s and he can’t come close to getting those in his new demanding school. He doesn’t see a way out. He wants the pain to end, and he is prepared to end it.

In the days that follow his decision to end his own life, his parents notice that he seems more upbeat. They knew things were difficult at school. They figured he would sort things out in time. And now that they see him much less morose, they know they are right.

But Raymond is more upbeat lately because he has a plan, a suicide plan, and this gives him some relief, something to work toward. He goes to his parents’ gun cabinet and he is happy to see that it is not locked. His father keeps several revolvers and rifles in this cabinet. Raymond surveys his choices. He pulls out a revolver, a .38 caliber Smith and Wesson 442, he likes the size and it is lightweight. So he searches the drawers for the ammunition. But there isn’t any. No bullets at all. He is distraught. He spends several days looking around the house, in his parents’ closet and around his father’s study. Nothing.  He goes online and finds an endless choice of websites to purchase the ammunition he needs, but he needs a credit card and he has none. In fact, there is no credit card in the house. His parents don’t believe in credit. His father has one credit card that he keeps in the desk drawer in his office downtown, far from Raymond’s reach. Raymond’s plan seems hopeless.

Then Raymond gets a brilliant idea. He’ll get bullets from someone at school. He’ll use the savings in his Sponge Bob bank to buy some bullets from another kid. He knows someone else will have access to ammunition. Every kid he knows has guns at home, either in a sizeable cabinet or display case. Some of the households he’s visited have whole gun rooms. Those kids are very proud of their family’s gun collections. He’ll offer the entire $50.00 saved in his bank.

As it turns out, he is right. He only asks three people at school if they can get bullets for him, for the .38 revolver, and the word spreads. Soon several boys know that Raymond will pay $50.00 for bullets. And several kids tell him that they can easily get some bullets. He says he just needs two. In three days, one fellow fifth grader produces the bullets during the school lunch period. Raymond knows they are the right ones from the pictures he’s seen online. He pays the $50.00. The kid who sold Raymond the bullets shows off the $50.00 to the other kids. They are disappointed they didn’t act faster.

Raymond is ready. The very same afternoon as the day of his bullet purchase, without so much as a short note to his parents, Raymond shoots himself in his left temple. He dies at the foot of his bed while his parents are still at work.

In the aftermath of Raymond’s death, word travels that the bullets he used were purchased at school. Children are questioned. Several kids intended to bring Raymond bullets. Many more knew of his desire to buy bullets, but not one of them asked why Raymond wanted them. And none of them told an adult.  As a result, no one who could have perhaps helped Raymond catches wind of his ominous offer.

And even though his parents responsibly stored all of their ammunition, in the community where so many households were armed to the hilt, bullets were easy to come by.

Six months ago, we were reminded of the hefty price we are paying for our love affair with guns. We can continue to shift our attention away from the pressing national issues about gun control. But the loss of 27 people (20 of them young children) in Sandy Hook should cut through all of the slogans and rationalizations we like to use when the subject of gun control comes up. We really must admit that we in large part we are being disingenuous because we know that the ease at which these tragedies occur where children and adults kill their classmates, innocent movie-goers, young children unknown to them and themselves, is as much the fault of our gun culture-- the violence it breeds and the ease of attaining all manner of weaponry through legal means.

Let’s talk about the need for stricter gun control honestly. Let’s stop feeding the fear and paranoia about our personal safety and the need to “take our country back,” and at least insist on action legislative action to make assault weapons more difficult to attain. In our communities, where our own children and their friends are at risk in their own homes and each other’s homes, we parents must begin to send a different message to our families about respecting the danger of guns and we must keep all guns and ammunition safely stowed and locked away.

I am so hesitant to speak out about my dislike for guns because I know that guns are inextricably intertwined with many of the freedoms that I enjoy. I never take for granted that guns are a part of how wars on my behalf are won and why I can walk my dog safely at night. I am also hesitant because I am surrounded by gun zealots in my community, those who feel their Second Amendment rights are central to their American citizenship, despite the carnage surrounding them right in their neighborhoods—accidental shootings, shooting deaths from family squabbles and ever mounting suicides.

But people kill people with guns, and guns (especially assault weapons) make the killing of self, one or many that much easier.

It’s time to change our minds about gun control personally and as a country.

*Name and weapon detail have been changed out of respect for family. Raymond's reasons for depression are partly surmised since he left no note.