Where the Danger Often Is 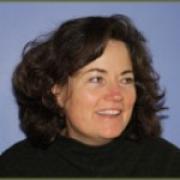 Margaret Hobart
Share This
Add your voice to the comments

Have you thought about mass killings when dropping your kids off at school or going to a movie lately?  It’s hard not to, given the horrific shootings recently. But do you think of them every time you enter your house?

Most mass shootings occur in private spaces, and involve families. Mayors Against Illegal Guns recently issued a report on mass shootings. In all cases where a shooter killed four or more people, 57% involved domestic violence: meaning the shooter killed their intimate partner, and frequently, their children and other family members.

You and I may have felt frightened by the Sandy Hook or Batman shootings, but if you are a woman in an intimate partnership with a man, especially one who keeps a gun in the house, the odds of being terrorized in your home are higher than the odds of being in a terrorist attack or mass killing committed by a stranger. We know that almost half of women murdered are killed by their intimate partners, and women are more likely to be murdered or threatened with guns when guns are in their homes. The violence most relevant to women and children is the violence committed in their own homes, by a person who should be loving and nurturing them, but we rarely see this connection made so clearly.