When Shaniqua Doesn't Live in Newtown: Valuing the Lives of Black and Brown Children 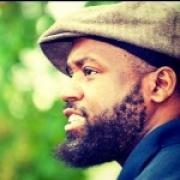 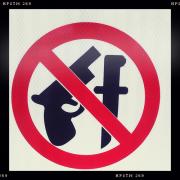 With the 6 month anniversary of the Newtown massacre upon us it's a good time to self reflect on one of the central issues brought to the forefront, gun violence. On the surface it appears to be a noble crusade. If we could regulate this proliferation of guns then we could get a handle on tragedies such as Newtown or the 2012 movie theatre massacre in Aurora, Co. As with most things though, things are a bit more complicated than that. Two major things that hyper focusing on Newtown obscures is racial disparities when it comes to media presentation of gun violence and the fact that violent crimes have consistently been going down.

The presentation of gun violence with the urban Black and Brown communities is often not presented as being worthy of sympathy. Before Newtown it should be noted that the death due to gun violence in Chicago has been (and continues) to be at a record high with many of the victims being children. The manner that it is framed by media is almost as if these children deserved their fate due to the “crime” of being born in their particular socio-economic status. There certainly was never the sense that the whole Nation needed to move to curb the gun deaths of Black and Brown children in the inner city. Add to this the Mother’s Day shooting in New Orleans which was the largest public mass shooting where the shooter was at large or not shot on site after the crime. Most people haven’t even heard about this shooting. Can you imagine this happening in the suburbs and the FBI and other national organizations not being brought in? Nineteen people shot. In the Black and Brown urban community we are constantly reminded what America chooses to mark as a priority and what it doesn’t.

The second point is that according to FBI crime statistics as of 2010 violent crime is the lowest that it has been in 40 years. In fact the crime rates of 2010 were ⅓ of those of 1994. Curbing violence is always good yet the fear tactic that violence is “out of control” is wrong and misleading. Scaring people out of lawful and responsible ownership is counterproductive. Buyback programs where people who legally own guns turn them in does nothing to curb guns that are in communities illegally. Of course there need to be regulations that deal with who is able to procure guns yet other major questions need to be answered. The hard questions need to be asked. Why are places such as Chicago which has some of the strictest gun laws besieged by violence? Why are these mass murderer massacres being committed by white boys/men and we are not talking about race? Why does the media continue to utilize the deaths of white children for sympathy and gun control issues while ignoring the deaths of Black children such as Aiyana Jones or Brown children such as Brisenia Flores? If violent crimes in Philly are plummeting why are shootings by cops up?

If we are going to talk about gun violence we have to talk about it as it impacts all communities. It cannot be positioned as a white civil liberties issue. This is the case with the “stand your ground” law in Florida where someone like Zimmerman is praised for “standing his ground” (actually chasing and murdering a young Black boy - yet I digress) by the NRA yet the NRA is nowhere to be found in the case of a Black woman, Marissa Alexander, who “stood her ground” against an abusive husband (and found guilty by the way of aggravated assault, 20 years). As an add on to the saga recently another white man, Ralph Wald, in Florida killed a man having consensual sex with his wife and claimed “standing his ground.” Guess who was acquitted for self defense?

What can WE do in light of the Newtown 6 month anniversary to address all of the above issues? We can work on media accountability in terms of unbiased presentation of violence against ALL children regardless of ethnicity, color, race or creed.

We can work on gun regulations that do not demonize ownership yet rather clean up the background checks and qualifications needed to own a gun. We can be active participants in rallying against police violence especially police brutality in communities of color. That violence is not separate from the other violence going on in the community. Finally, you can hold your elected officials accountable. Get in their faces. Make sure that they move with the wishes of the people and not on their own agenda. If they are moving on their own agenda, get them out of office. In the end it is our awareness of the issues and our willingness to act on them that will make the difference in the lives of all.