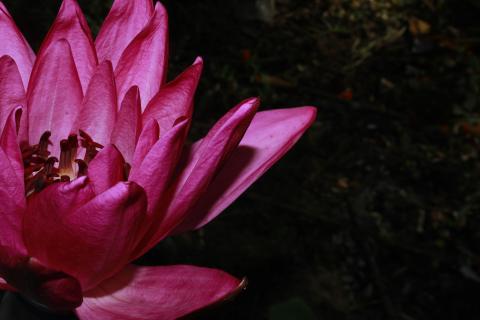 What we saw in the Atlanta mass shooting was ourselves 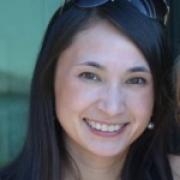 Today, March 16th, we are observing the one-year anniversary of the Atlanta Spa Shooting, where eight people died, six of them Asian women who could very well have been us. It was terrifying, tragic, and it broke our hearts

The shooting was horrific, but in many ways it was inevitable. Due to the proliferation of guns in our country, a toxic and masculine gun culture that encourages troubled (White) young men to find solutions to their problems at the point of a gun, and harmful, hyper-sexualized stereotypes, Asian American women have been practically served up on a platter as potential victims of anyone's prejudice or sexual disfunction.

Hollywood movies like Madame Butterfly, Flower Drum Song, and Charlie’s Angels, and through the objectifying eyes of generations of U.S. servicemen based in Japan, South Korea, and elsewhere in Asia, Asian women have been shaped into two-dimensional characters in the Western popular imagination, perfectly designed to please (White) men: We are quiet and subservient, with no words to challenge. When we have any power at all, it’s through our sexuality. Though the last two years have been heart wrenching for all Asian Americans – not a day goes by that we don’t hear about racism and violence toward our families and communities, or the experience of it first hand – Asian American women have borne the brunt of it as the easiest victims. In fact, in a recent study released by the National Asian Pacific Women’s Forum, 75% of AAPI women have reported experiencing racism or discrimination in the last 12 months alone. That number is staggering.

The racism that impacts Asian and Asian Americans is too often unseen, relegated as “water cooler” racism (i.e. not harmful or not problematic enough), left out of the focus of the media, and buried in our own communities because of shame, compliance with White Supremacy, and cultural notions of needing to carry on and prove ourselves as “good” Americans.

To be sure, Asian Americans have  long been in the fight for racial justice and civil rights in this country, working in solidarity with our Black and Brown sisters and brothers. But we also cannot ignore the facets of our communities that have been complicit in the marginalization of Black and Brown communities – allowing ourselves to be used as a wedge through harmful narratives like the Model Minority. Proximity to Whiteness promises us second-tier status in exchange for turning our backs on other communities of color, a promise that newly arrived immigrants, who are unaware of Asian Americans’ history, are all too ready to accept. Inevitably, however, we are reminded that second-tier status is conditional at best, and always at the will of Whiteness and what serves White Supremacy. The rise in anti-Asian hate and violence since the start of the COVID pandemic, is only the latest reminder.

One year out from the tragedy in Atlanta and two  years into increased attacks on our communities, we will not be invisible. We continue to mourn Soon Chung Park, Hyun Jung Grant, Suncha Kim, Xiaojie Tan, Daoyou Feng, Yong Ae Yue. And also Christina Yuna Lee, Michelle Go, and too many other Asian American sisters who lost their lives because they were easy victims.

March 16th is a time for remembrance and for healing for these deeply personal losses – centering the victims and families, and those most vulnerable to the failures of our systems.

And tomorrow, we work to recommit to deepening and expanding community care. We cannot stand in the shadows any longer, but join with our Black and Brown communities in unity against oppression and White Supremacy, for racial and social justice. When we call for an end to the hate and racism and its connection to the gun-fueled violence in this country, we must not look to the police and carceral systems as our answers or saviors, but systems to be dismantled to ensure that every one of us –no matter what our color, gender, sexuality, religion, and/or ability – can be free.