What if You Had One Unemployment Check Left?

Eve Tahmincioglu
Share This
Add your voice to the comments

Most of us will never know what it feels like to see our unemployment insurance benefits run out. But that doesn’t mean we can’t feel for the people who are at the economic edge, just eking by because of that check for a few hundred dollars.

Aimee Brittain, 32, is coming up on a year without a job in January and she’s at that edge. She’s never seen a job market 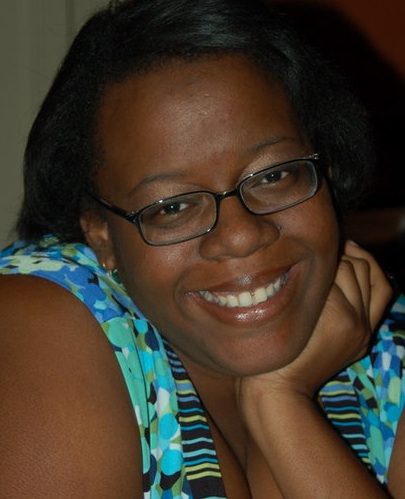 like this in her life time. “I’ve been working continuously since I was 15 when I was bagging for a grocery store,” she noted. The hardest thing to accept, she said, was not being able to find a job despite sending out tons of resumes and applying to eight temporary staffing agencies.

“I was making $38,000,” she said about the property administrative assistant job she lost. The unemployment benefits she gets for the whole month is equal to just one of the paychecks she got when she was employed. But that check helps this single mother just make it; probably because she’s quite frugal. She’s known as The Coupon Diva online.

While she’s somehow making ends meet, if she doesn’t get an extension on her unemployment benefits at the end of the year, “I don’t know what’s going to happen.”

Millions of hard-working Americans like Brittain will soon be seeing their jobless benefits run out, but should we, as a caring society, let this happen? One poll released this week reveals what many Americans think.

Turns out most of you are more worried about your fellow citizens than the deficit.

A poll released yesterday and conducted by Hart Research Associates, on behalf of the National Employment Law Project, the Center for American Progress Action Fund and the Half in Ten Campaign, found:

*73% of voters agree that “With unemployment at nine point six percent and millions still out of work, it is too early to
start cutting back benefits for workers who lost their jobs.”
*24% of voters agree that “With the federal deficit over one trillion dollars, it is time for the government to start cutting back on unemployment benefits for the unemployed.”
*Additionally, two-thirds (67%) believe the programs should continue until there is a significant drop in the jobless rate.

“There is deep public support for continuing the federal unemployment programs at a time when unemployment is at 9.6% and millions are still out of work,” said Christine Owens, Executive Director of the National Employment Law Project. “Support for continuing these programs trumps concerns about the deficit – which should be no surprise when nearly half of all unemployed workers have been looking for work for more than six months but have not been able to find jobs.”

If Congress does not renew jobless benefits that expire at the end of this month, she added, “two million workers will be cut off in December alone. For the sake of the economy and millions of struggling families, Congress should continue these programs for a full year.”

There’s a groundswell of voices saying the same thing. MomsRising.org launched a blog-a-thon in support of extending benefits. The grassroots organization that advocates for economic security for families, is posting stories of joblessness and support of the unemployed in its site.

By Tigger:
Times are tough. We had to go to a food bank the other day in order to have enough food in the house. As far as the kids, we would love to take them to a movie or out to dinner. We both know that this is currently unfeasible. The kids seem to understand and don’t ask to go, but I can see the desire in their faces when we go past the mall or a restaurant. But, I am very grateful for the unemployment that I am currently receiving. Without an unemployment check, the power and phone wouldn’t get paid.

Besides being the moral thing to do, extending benefits also may make sense for the greater good of the economy. A story in the Wall Street Journal today looks at why ending jobless benefits could derail the recovery:

The economy grew at a 2% annual rate in the third quarter, which has not been enough to bring down the unemployment rate.

Goldman Sachs analyst Alec Phillips estimated that if the extensions were allowed to expire it would shave half a percentage point from growth.

Every dollar spent on unemployment insurance has the effect of $2 spent in the economy, according to a report the Labor Department will release this week.

It’s an odd situation we find ourselves in. Congress is eager to extend tax cuts for the wealthiest among us, but extending jobless benefits for those who desperately need it looks unlikely.

It would be devastating for people like Brittian who are just making it on the meager unemployment checks.

Despite the political rhetoric, the jobless are not sitting on their butts sucking at the government teat.

Brittain is graduating this year from Atlanta Technical College with a diploma in business administrative technology, and hopes she’ll be able to land a job as an administrative assistant in Atlanta or Columbus, GA. But she’s also willing to move two hours a way to Odessa, GA. She also applied to McDonald’s but was told she’s over qualified; and she couldn’t get a job at retail store Ross because she lacked retail experience. “I did a day at Babies R Us putting security stickers on clothing,” she said about a recent temporary job. And she’s waiting to hear about a three-week temp job at a call center.

Unfortunately, that job is far away and she’s not sure how she’s going to get there because her car was repossessed because she couldn’t make the payments. Her rent is $745 a month and her weekly unemployment checks are $355.

“At this point, I’ll do anything for a job,” she said.

Maybe we should do something for people like her until she lands that coveted gig.