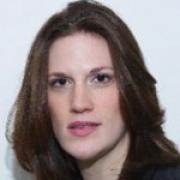 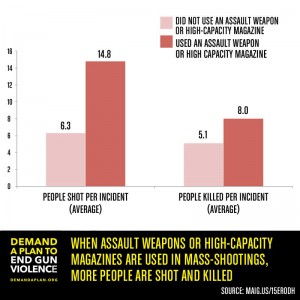 Earlier this year, my company’s blogger network, The Mission List, worked with New York Mayor Michael Bloomberg’s organization, Demand Action, to raise greater awareness about issues of gun violence in America and to urge our friends and representatives to act.

It has failed despite the fact that a majority of Americans (and even NRA members!) support sensible measures like background checks that would help prevent guns from falling into the hands of those who would use them irresponsibly. But yet our members of Congress have failed to take meaningful action. Even as members of Congress have seen their poll numbers plummet after voting against background check legislation, our government refuses to act.

I have a strange personal history with guns. My dad hunted occasionally, but I did not grow up in a gun-owning family. As an adult I have shot several of the scariest assault rifles out there, including a “street sweeper” and an AK-47. I spent a lot of time in South Africa, a culture where guns are endemic and the notion that women need to know how to shoot to protect themselves is pervasive. Indeed, there I was in Johannesburg, practicing on a panoply of weapons in the name of self-defense. I felt that day as I’ve felt every time since when I’ve shot a gun back at home: a total sense of powerlessness and grief.

A culture that believes assault weapons are an answer to anything has a sickness. Adam Lanza shot 152 bullets in five minutes at Newtown. Had he only had access to smaller magazines, he could not have killed as many children.

Assault weapons are not about hunting or safe use of firearms for recreation or self defense, in my opinion. And as my friend who is a frequent and skilled hunter just told me, no hunter worth their salt uses an assault rifle.

Background checks that stop criminals and the seriously mentally ill from obtaining guns are not controversial among the majority of Americans. I was so moved by this project, They Don’t Work for You, which juxtaposes pictures of the senators who voted against the background check bill with pictures of children whose recent murders could have been prevented by a background check. The site also allows you to tweet, Facebook, and call each senator to ask why they aren’t working for these children and their constituents.

Greater restrictions on the size of magazines and the availability of assault weapons, along with increased background checks could all go so far in saving the lives of innocent people. The tragedies of Newtown, Connecticut; Aurora, Colorado and so many others may be in the past, but we cannot forget them. Members of Congress and the gun lobby hope that the longer they stall and blockade gun violence legislation, the more likely we’ll be to forget the tragedies and why we fight for reform. But we remember and we will not stop fighting.