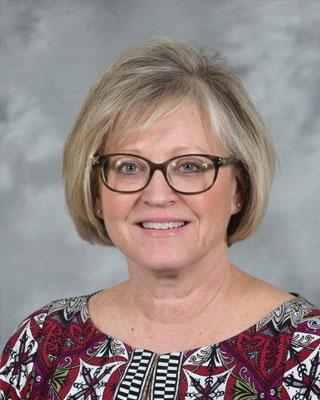 We Must Pay More Attention to Pregnant Women

It all started out innocent enough.  She was being induced because she had been treated for breast cancer during her pregnancy.  The goal was to get her delivered early (37 weeks) so that she could continue her treatment for breast cancer and improve her chance of surviving.  She was fortuitously in a room right across from the nurse’s station.

I’m a maternal-fetal medicine (MFM) physician and was working on labor and delivery, finishing up paperwork and charting in the computer.  She was 6 cm dilated and I had wanted to break her water earlier, but the fetal head was too high in her pelvis to safely rupture her membranes, so I thought I would patiently wait.  Her husband and mother had been by her side through her cancer diagnosis and treatment and stayed close to her this evening.

Soon her husband rushed out to the nurse’s station and triumphantly reported to me that she “had broken her water spontaneously!”  I thought to myself that this was usually a good sign that labor was progressing well.  About a minute later her mother rushed out to the nurse’s station and said to “come quickly because she was having trouble breathing!”  I rushed in to find my patient with a red swollen face sitting straight up in her bed and trying to catch her breath.  We noticed that the fetal heart rate monitor was no longer picking up the baby’s heart rate.  It was difficult to tell whether it was due to her sitting position or whether the baby was truly in distress.  Quickly attending to both the mother and the fetus we confirmed that the baby was in also distress.

We rushed our patient back to the surgery area to prepare for an emergency C-section.  As we swiftly moved her to the operating room table, she started vomiting.  We rolled her to her side as everyone else was preparing for the surgery.  She was turning blue, not breathing.  The anesthesia team took over and we immediately began to perform the emergent C-section.  The baby was quickly delivered and we all rejoiced when we had heard the baby cry in the delivery room.

The anesthesiologist was still working fast and furiously at the head of the table.  I asked, “Is everything alright up there?”  The response was one I never want to hear again, “I am coding her.  I have to do chest compressions to get the medications to go in!”  I looked at the physician that had come into help me perform the Cesarean and we closed her wounds fast.  We both knew she might not make it through the surgery.  Anesthesia and nursing were able to perform chest compressions and give her drugs to get her heart rate back.  The anesthesiologist usually worked on the cardiovascular and trauma surgical units. He was experienced in sudden cardiovascular collapse. He saved her life that day.

She had experienced an amniotic fluid embolism (AFE). AFE is rare and occurs when the amniotic fluid enters the mother’s bloodstream.  With an incredible team of nurses and physicians in South Bend, Indiana we were able save this mom, but most women that experience an AFE do not survive.  It is one of the sudden, unexpected causes of mothers dying during childbirth. Other sudden causes of maternal deaths are severe uncontrolled bleeding, blood clots, severe high blood pressure causing strokes and underlying heart issues aggravated by pregnancy.

The first step to accurately understand maternal deaths is the creation of a state-based Maternal Mortality Review Committee (MMRC).  MMRCs count the number of deaths, review detailed records from each woman, and recommend changes so that these deaths might be prevented in the future.  In my state of Indiana, the governor recently signed into law a bill that would create an MMRC for the state.  And now, with support from the CDC, we will have our first meeting in August. While the work will be challenging – ProPublica’s “Lost Mothers” series recently showcased the stories of these preventable deaths – I know how important it is for the health of women and families in my state.

Unfortunately, many states do not have an MMRC while in others, the MMRC is woefully underfunded.  That’s why I support the passage of a national legislation that would provide funding to the states to do this important work.  Join me in doing so.

Mary Pell Abernathy, MD, MBA, is a maternal-fetal medicine physician and associate professor of clinical obstetrics and gynecology at Indiana University School of Medicine in Indianapolis. She is the chair of the newly formed Maternal Mortality Committee in Indiana and a member of the Society for Maternal-Fetal Medicine, the only national, professional organization specifically devoted to reducing high-risk pregnancy complications.