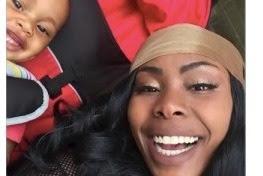 The way New York City’s social service agencies, police and courts treated Jazmine Headley was a horror show – but sadly, not a surprise. Too many young mothers face mistreatment and abuse from the institutions charged with helping them. We need accountability and reforms now.

Like so many mothers, Jazmine Headley went to a social services office to get the help she needed. In her case, she was there to apply for a childcare voucher. Once there, apparently because she sat on the floor when no seats were available, police violently separated Headley from her child, ignoring her frantic shouts that they were ‘hurting my son.’

This outrageous, disproportionate response continued with police taking her baby away and then putting Headley in jail. She has now spent four days in jail. MomsRising demands that she be released now.

But releasing Headley from jail immediately and apologizing to her is not enough. We must take a hard look at how social service and criminal justice institutions – in New York City and other jurisdictions – treat the women and moms they are supposed to help. Every person deserves the compassion, dignity and respect that Jazmine Headley was denied. This must not happen to any others. It’s time for reform.